Disney Park's Special Makeover, New Tower of Terror Will "Double the Fear" - Inside the Magic 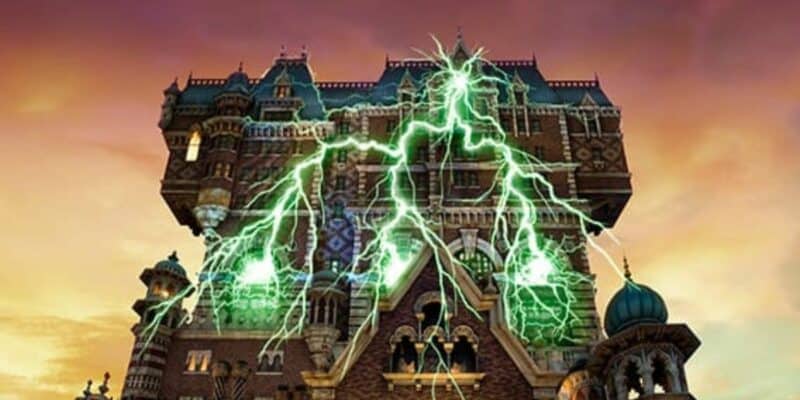 Can this new version of the ride really double your fear?

The Walt Disney Company has been at the forefront of theme park entertainment for decades, with the essential perfection of the Disney formula imbibing its international Parks with an extremely honed Guest experience, cutting-edge technology (see: the upcoming augmented reality additions to Haunted Mansion), full-sensory immersion, and fun rides and attractions for the whole family — even if sometimes wait times are ridiculous.

The notorious low season at the Disney Parks, namely the winter months from January to March, is generally known to experience a significant drop in park attendance. As a result, The Walt Disney Company often comes up with several seasonal events to attract Guests to the Parks. Now, a brand new makeover of an existing ride is promising big (scary) things.

The drop in Guests has led The Walt Disney Company and the Oriental Land Company to counter said drop by actually dropping Guests — through a special makeover event for the beloved spooky ride, the Tower of Terror. Originally based on the Twilight Zone, the original Tower of Terror, officially named The Twilight Zone Tower of Terror in Disney’s Hollywood Studios in Orlando, Florida’s Walt Disney World Resort. Ever since that 1930s-hotel-themed freefall dark ride opened to much success, the Tower of Terror has spread throughout the world — that is, until Disneyland Paris and and the Disneyland Resort’s Disney California Adventure shuttered their elevator doors in 2019 and 2017 respectively. Now, the Marvel Studios’ Marvel Cinematic Universe has taken over the old Hollywood Tower Hotel, with the Guardians of the Galaxy – Mission: Breakout! taking over as the old ride’s new retheme.

What makes this new limited time event special for The Walt Disney Company is the fact that Twilight Zone does not feature whatsoever in the Tokyo Disney Resort’s Tokyo DisneySea version of the ride — it is instead themed after the Disney Parks’ very own Society of Explorers and Adventurers (SEA), that have story ties to some versions of the Jungle Cruise, Big Thunder Mountain, and even the Haunted Mansion. Instead, the Tokyo DisneySea’s version of the Tower is named Tower of Terror: Hotel Hightower, and exists in Tokyo DisneySea’s American Waterfront themed land, or “Port of Call”.

This variant of the Tower of Terror is cleverly themed as a tour by the New York City Preservation Society:

In New York, 1912, stands the hotel known as the “Tower of Terror,” so called after the mysterious disappearance of its owner in 1899. Now, the New York City Preservation Society has finished restoring the infamous hotel, and started giving tours to the public. But what happens when you take the elevator to the top floor…?

The Hotel Hightower was once owned by the eccentric explorer and collector Harrison Hightower III (actually modeled after Imagineer Joe Rohde!), who in a fit of colonialist ignorance stole a cursed idol called the Shiriki Utundu from an African tribe, who then triggered Harrison Hightower’s (quite literal) fall. Now, there is a new edition of the Tower of Terror that promises to “double the fear” — with only the Disney Parks’ original ideas, and without the help of The Twilight Zone franchise whatsoever.

How does Disney claim to “double your fear”?

Well, with even more, even scarier drops, of course!

Coming to the Tokyo Disney Resort (TDR) which houses both the Tokyo Disneyland Park and the Tokyo DisneySea Park, this new edition of the Tower of Terror is going to see some frightening changes. If this proves successful, a similar limited time “makeover” might come to other Towers of Terror around the globe.

TDR’s official Instagram page dropped (get it) a post and video recently detailing the new “Unlimited” version of the Tower of Terror:

\ “Tower of Terror ‘Unlimited'” will operate for a limited time! /

From January 4 to March 17, the “Tower of Terror” attraction, which involves Guests dropping vertically into a vortex of fear from paranormal phenomena, will transform into special version which will “double your fear”. We’re waiting for you.

Enjoy an even more thrilling experience♪

The official Tokyo Disney Resort website describes the special “Unlimited” makeover of the ride as:

This could be similar to previous limited time events at Tower of Terror: Hotel Hightower, such as the two former “Level 13” events — however as this is deliberately not using the “Level 13” theming which Guests are already familiar with, and moving in a different direction. Overall, the exact details of what Tower of Terror Unlimited really means remains shrouded — with more unusual and unpredictable fall patterns Guests will definitely love this new Hightower-themed thrill.

What do you think this “Unlimited” Tower of Terror could entail? Could it really “double the fear”? Share your thoughts in the comments below!