'Willow' Just Made Lucasfilm History - Inside the Magic 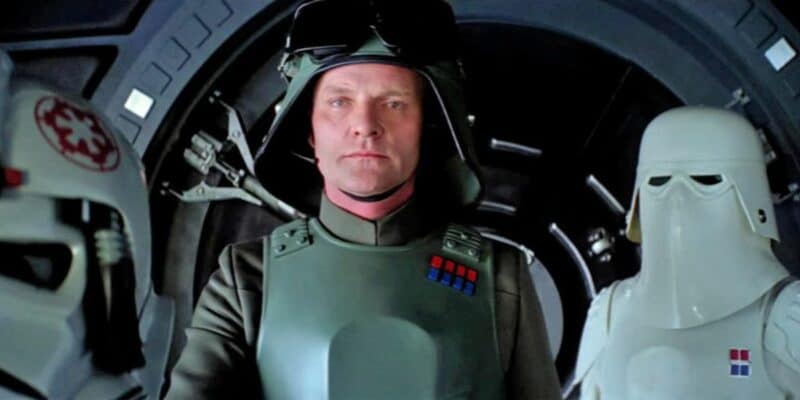 The latest episode of Willow (2022) made Lucasfilm history thanks to the appearance of one actor.

Julian Glover made a relatively brief appearance in the episode “The Shattered Sea” as Zeb, proprietor of a shack on the titular ocean. He runs tours from there with his mudmander, and offers our heroes, including Willow (Warwick Davis), Elora Danan (Ellie Bamber), Graydon (Tony Revolori), Kit (Ruby Cruz) Boorman (Amar Chadha-Patel) and Jade (Erin Kellyman), refuge.

It isn’t long before he is revealed to actually be The Dag (Claudia Hughes), the villainous flying member of The Gales, The Crone’s leading henchmen.

But the real surprise is how meaningful Glover’s appearance actually is. It means he is now the first actor to have appeared in a named role in all three of Lucasfilm’s major film franchises, alongside his turns in Indiana Jones and the Last Crusade (1989), and Star Wars – Episode V: The Empire Strikes Back (1980).

In Last Crusade, Glover appeared as the turncoat American businessman Walter Donovan, who collaborated with the Nazis to try and find the Holy Grail, whatever the cost.

In Empire Strikes Back, he appeared as General Veers, who led the Imperial assault on the Rebels’ base on Hoth, riding into battle from within an AT-AT.

Correct me if I’m wrong, but I think that after today’s release of #willow Chapter 7, Julian Glover is now the first actor to hit all three @Lucasfilm franchises

Correct me if I’m wrong, but I think that after today’s release of #willow Chapter 7, Julian Glover is now the first actor to hit all three @Lucasfilm franchises pic.twitter.com/AGo2Hrql70

Dedicated Star Wars podcast Talking Bay 94 responded to Collins’ tweet pointing out that Glover wasn’t the first overall actor to achieve the feat: that honor belongs to Ken Coombs, who appeared in Star Wars – Episode VI: Return of the Jedi (1983) and Indiana Jones and the Temple of Doom (1984) as an Imperial Officer and Nightclub Guest respectively, as well as a turn as a nobleman in the original Willow (1988).

Ken Coombs! (Non-speaking / extra, but still!) why am i the way that i am

why am i the way that i am pic.twitter.com/IP0Gfeo4f0

Did you realize this fact about Julian Glover? Tell us in the comments below.