How This Iconic Character Returned in 'Willow' - Inside the Magic 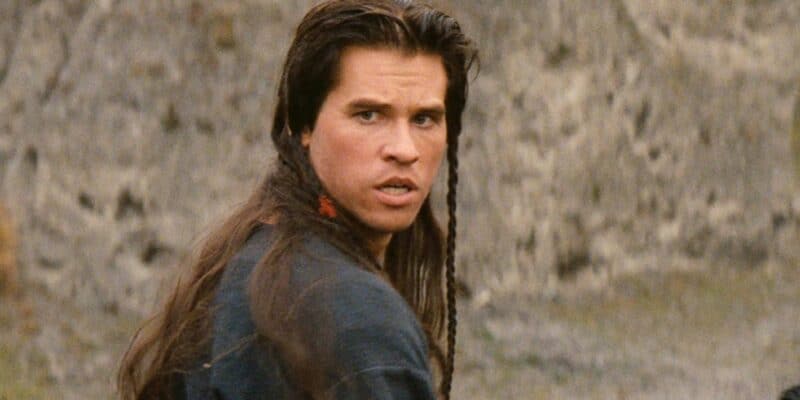 A KEY character returned in this week’s episode of Willow (2022)  — and was played by the original actor’s son.

We heard the voice of heroic warrior Madmartigan, played by Val Kilmer in the original 1988 film Willow, at a key point during “Prisoners of Skellin”.

Princess Kit of Tir Asleen (Ruby Cruz) had finally entered the hidden vault, deep within Skellin’s caverns, and discovered her father’s sword embedded in the center.

As she wields it herself, she sees an ominous portal in the rear of the vault, and from within, her father’s voice. He is begging her to join him in the mysterious nether realm. It’s only the intervention of Elora Danan (Ellie Bamber) and Kit’s best friend and new found love Jade (Erin Kellyman) that stops her stepping through and joining him in the dark.

But that voice, although it sounded like Kilmer’s, was actually that of his son, Jack.

Showrunner Jonathan Kasdan revealed on Twitter that the final voice was cut together as a combination of Jack’s voice with a recording of Val’s take on the lines. Val’s recording was created using Sonantic, tech developed to give him a voice after cancer made his vocal cords unusable.

The audio magic was made possible by Skywalker Sound’s David W Collins.

#Willow TIDBIT: For the moment when Madmartigan calls out to Kit from beyond the seal, we recorded
@valkilmer for the performance, then combined Jack Kilmer’s voice (an uncanny match for his dad) with the AI technology Sonantic developed for Val, woven together by @DavidWCollins

#Willow TIDBIT: For the moment when Madmartigan calls out to Kit from beyond the seal, we recorded @valkilmer for the performance, then combined Jack Kilmer's voice (an uncanny match for his dad) with the AI technology Sonantic developed for Val, woven together by @DavidWCollins

There’s even more of a familial connection for Jack to Willow: his mother is Joanne Qualley, who plays Sorsha in the series and starred alongside Val in the original movie.

Speaking to Decider, Kasdan revealed how the final performance for Madmartigan came together.

“We actually recorded with Val and we used his performance as a guide track,” Kasdan said. “Then Jack was given Val’s performance to listen to and then copy what his dad had done in terms of you know, the performance elements of Val’s thing.

“Then to have him standing there on set — duplicating his father as he’d done for the documentary they made — it was surreal and very emotional because you know, Val is such an intrinsic part of the family. He’s such a critical element of Willow.”

This might not be Val’s last time with Willow on screen though. Jonathan continued:

“He’s still with us as a supporter and an advocate and a counselor in terms of how to keep this character alive. And I think [he] would very much like to return to the screen if opportunity allows.”

It could be that we see Madmartigan return from beyond the portal in-person and join the adventure once again.

Did you know Jack Kilmer helped bring Madmartigan back for Willow? Tell us in the comments below.

Comments Off on How This Iconic Character Returned in ‘Willow’