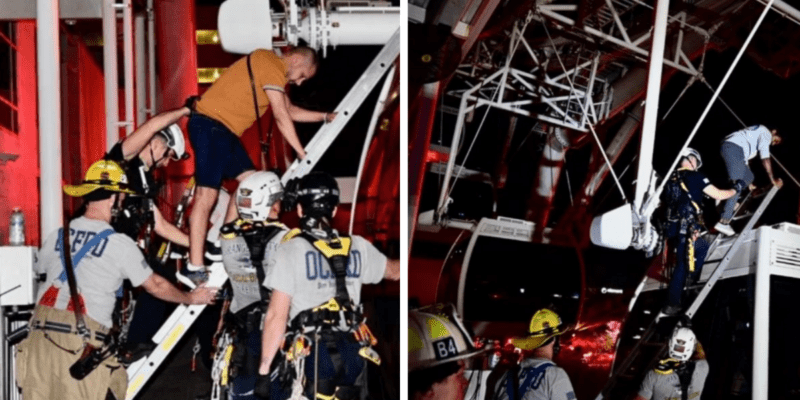 Following a frightening accident at an Orlando theme park, a ride has been closed for maintenance.

Inside the Magic reported on the scary incident on the Ferris Wheel at ICON Park. The towering attraction malfunctioned, and sparks went flying everywhere. A total of 62 people were stuck on the Ferris Wheel, and all of them had to be emergency evacuated by Orange County Fire Rescue due to the ride losing power.

The incident happened on New Year’s Eve. Thankfully, there have been no injuries reported.

The Wheel at ICON Park stands roughly 400 feet tall, towering over the rest of the Park.

Since the first reports have come out regarding the incident, we now know that the ride will remain closed for “the next few days” for maintenance, according to officials.

ICON Park is located on International Drive and attractions thousands of visitors, both local and vacationers, each and every year. The amusement park is home to many attractions, including Sea Life Orlando, the Ferris Wheel, Orlando Slingshot, and much more.

ICON Park was surrounded by controversy in 2022, starting with the incredibly tragic death of 14-year-old Tyre Sampson. Sampson fell from his seat while riding the Orlando FreeFall, and fell to his death. The attraction has since been closed permanently and will be demolished.

The Orlando theme park then found itself in hot water after altering The Wheel ride, the same one that lost power on New Year’s Eve, turning it into a laser shooting game.

Though this sounded like a fun-filled time as you battle with other Guests in your party, some voiced concerns with the new attraction, calling it problematic and offensive. Many drew comparisons to recent mass shootings the country has faced recently, claiming this attraction is incredibly insensitive.

Stay tuned for updates on this story as more information becomes available.