Chaos Unfolds During Brawl at Orlando Theme Park - Inside the Magic 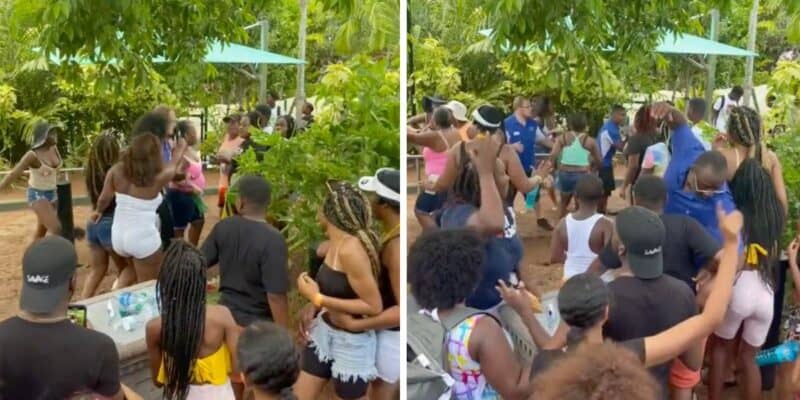 A massive and chaotic fight broke out at a popular Orlando theme park, with footage of the incident making its way to social media.

When Guests visit any theme park, they often go with the intention to have a fun-filled day full of memories. The idea of being injured or harassed while looking for the next coaster to ride is not one that easily comes to mind, and often, not something Guests have to deal with.

But, no matter what Park you are at, even places like Universal Orlando Resort and Walt Disney World, the possibility of Guests acting out is always there.

Just last year, we saw multiple fights and brawls break out at Walt Disney World, with Disney even posting a sort of “warning” on its website.

Now, another major fight has been shared on social media, this time at SeaWorld. The footage was captured and shared on TikTok and can be seen down below:

As you can see, dozens of people are involved in the chaos, with security right in the middle. At one point, someone shouts that security started to use mace spray in an attempt to quiet things down. We do not know the cause of the altercation or who specifically was involved.

The group filed the lawsuit against SeaWorld, claiming that they were seriously injured due to SeaWorld’s negligence.

SeaWorld’s lawyer has denied all charges in the latest court hearing, stating ” that under Florida law, the park has a duty to protect guests. The filing said the plaintiffs’ injuries were caused by their own negligence or carelessness and that they seemingly provoked the other group.” The fight broke out on May 2, 2021, as reported by the Orange County Sheriff’s Office, which also had reports of the fight.

Stay tuned here at Inside the Magic for details on this story as more information becomes available.