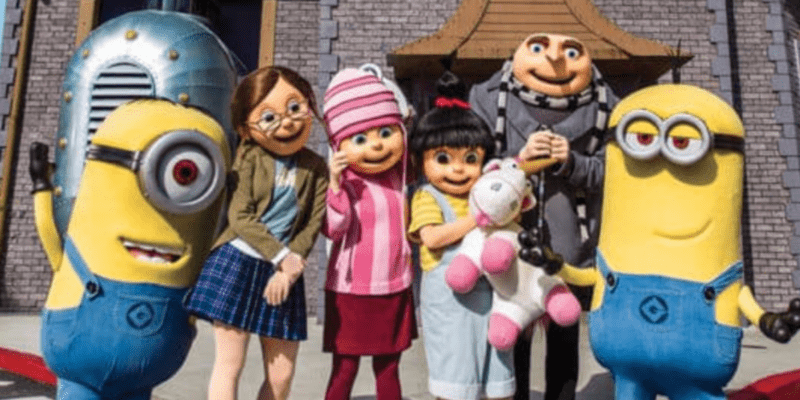 Universal Orlando Resort is being taken over by Minions.

Universal Studios Florida has already been home to Despicable Me: Minion Mayhem, and now, there are even more Minions-themed attractions coming to the theme park soon.

As a matter of fact, Universal Orlando recently announced that an all-new attraction themed to VillainCon would be coming to the theme park as part of an entire “Minion Land” set to take over the area.

The world-class attraction transports Guests to Villain-Con – the biggest criminal convention on the planet – to take part in an epic competition to see if they have what it takes to become the newest member of The Vicious 6, a notorious group of supervillains from the hit film, Minions: The Rise of Gru. Guests who are up for the challenge will grab an interactive blaster and step onto a motion-based pathway to put their skills to the test. They’ll wind and glide through various scenes where they earn points by blasting a variety of items and causing as much mayhem and destruction as possible. It’s a unique, mischief-filled experience that’s so much fun, it’s a crime.

In addition to Villain-Con Minion Blast, a Minion Cafe will take over the area that used to be home to Universal’s Classic Monsters Cafe.

Inside Universal shared photos where we can see new steel framework has been erected in the place where the Minion Cafe will be located.

New steel framework has been erected at the future Minion Cafe. @UniversalORL

New steel framework has been erected at the future Minion Cafe. @UniversalORL pic.twitter.com/ob0EOmxSGN

At this time, an official date for the cafe or the attraction has not been revealed.

Villain-Con Minion Blast will open in the summer of 2023 at Universal Studios Florida within the new Minion Land on Illumination Ave. This new area will also feature the fan-favorite Despicable Me Minion Mayhem attraction, a new Minion Café, and other surprises inspired by popular characters from Illumination’s blockbuster franchises.

More details about Illumination’s Villain-Con Minion Blast and Minion Land will be revealed in the months ahead. For more information about Universal Orlando Resort, please visit the official website.

Are you excited for the opening of Minion Cafe? Let us know in the comments!