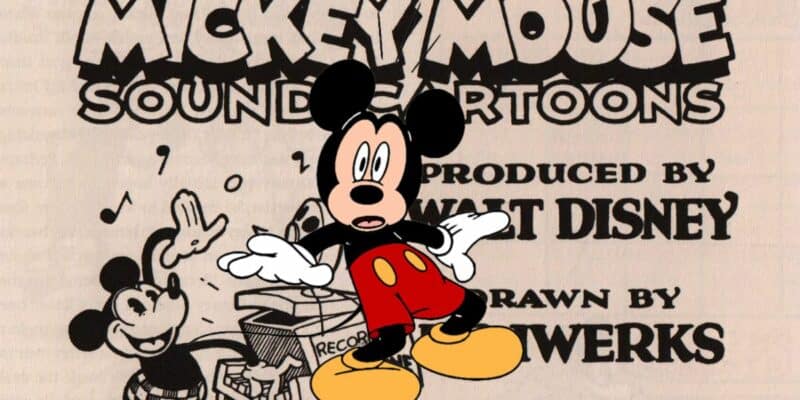 “I hope we never lose sight of one thing, that it was all started by a mouse.” These are the words that Walt Disney shared on repeat throughout many of his film and television appearances. While Walt Disney is often remembered as an animation icon and the creator of one of the world’s most famous cartoon characters, even the most dedicated Disney fans might not know he did not work alone.

Walt Disney created Mickey Mouse shortly after losing the rights to the mouse’s predecessor, Oswald the Lucky Rabbit, to Universal. However, Walt was only one member of his original studio. While he did create and conceive Mickey, other artists have since helped develop him into the iconic character we all know and love today. Walt laid the foundation, but his team of animators helped give the mouse life.

It’s not like the Walt Disney Company has intentionally dismissed their contribution, as conceptual artwork for Mickey and more fully displays their input, but a recent merch release in honor of the company’s 100th-anniversary practically wipes one key Mickey creator away and puts Walt in his place.

In a tweet by @GratDisMemes, a Funko pop of Walt Disney with a Mickey sketch is shown bearing an eerie resemblance to Ub Iwerks. While that name might not mean a lot to some, true Disney fans and animation historians know that Iwerks is one of the most prolific animators in the early days of Disney, having helped give Mickey Mouse his forward momentum in the ’20s and ’30s. Mickey’s redesign wasn’t the artist’s only contribution to the Disney company, but he played a key role in getting it off the ground.

Disney definitely needs to keep their eye on the sculptors at Funko, because they may have unintentionally cast Walt Disney in a negative way. Walt has been seen with a sketch of Mickey in many photos, but the vision they are portraying in the image above looks more like Iwerks with Walt’s name slapped across his work. While it was posted in humor, this meme might actually raise a valid concern.

Do you think Iwerks deserves his own Pop? Tell us in the comments below!