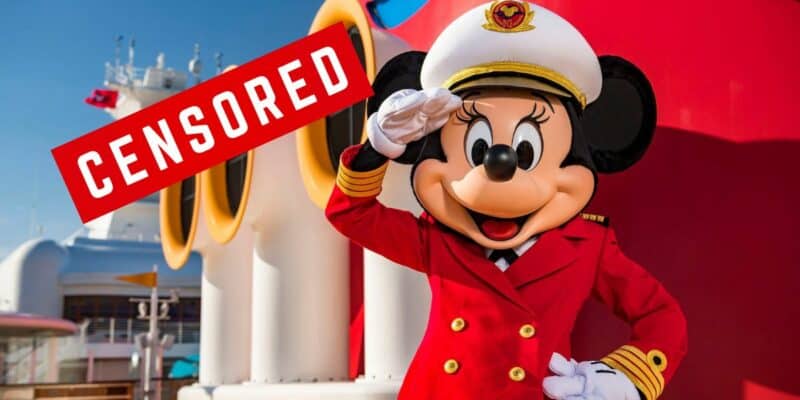 It takes a lot of talent and training to become a Disney Cast Member, and even more rigorous preparation to be a Disney character performer. However, what’s so easy for fans to forget is that underneath those colorful costumes, they are still human. A Cast Member might look like a princess, but deep down, they’re still some 20-something actress who can only keep the illusion alive for so long. Breaking character at Disney is highly verboten, but that doesn’t mean it never happens.

Disney’s performers are some of the most highly trained staff members in any industry, but that doesn’t mean the mask doesn’t occasionally fall. There are many instances of Cast members and Characters briefly breaking character, intentionally or not. That doesn’t necessarily mean the illusion is ruined, but it does allow for some much-needed breathing room. A recent Reddit post gave CMs and Guests a chance to tell their stories, and the results ranged from silly to shocking.

It’s common knowledge that kids are unpredictable, and that’s certainly true for some younger Guests who visit the characters. u/landzmorgan shares this interaction during their time as a character attendant.

“When I was a CM, I was working with Buzz & Woody at a meet and greet location. A little kid asked Woody if he had a “snake in his pants” instead of “in his boots.” And Woody just about lost it. All of the adults with the kids laughed so hard. It was a very cute and funny moment.”

Of course, it’s the Disney Park Guests that have some of the most memorable CM/character interactions, especially if they break. While Disney themselves highly discourages their cast breaking character in front of Guests, sometimes it can result in the most unforgettable experiences and exchanges.

u/Kitsunnel shares how fun it can be to see the infamous First Order break rank at Star Wars: Galaxy’s Edge.

“I (gently) broke a First Order officer during the interrogation part of RotR. Between a breakdown and rain we’d be waiting nearly 3hrs before making it to that point. As she was “intimidating” one of the kids in front of me I chuckled.

“Something funny, rebel scum? Don’t think we’ll hesitate to use any method necessary to get answers out of you.”

“Oh good, cause at this rate I thought the First Order’s plan was to let me die of old age”

“We were still required to wear masks at this point and she quickly hid her laughter with a cough, but it was a fun gotcha moment.”

“We just got back from Disney World and our Darth Vader obsessed 4 year old was finally tall enough for RotR. We get to that part and they of course pick her to ask questions to and ask her “will you be the one to tell us where the secret hideout is” she just smiles and goes “oh for sure”. Everyone was cracking up. The cast member just smiled and said the rest of us rebel scum needed to be like this one, or something to that effect. At least she’s loyal ha!”

While it’s one thing to get a group of uniformed space fascists to crack a smile, but it’s an even bigger deal when one of Disney’s beloved animated icons briefly lets their illusion break for a laugh or two. Many Cast Members and visitors have shared moments with their favorite characters who briefly break the fourth wall during their encounters.

A thread of comments from Disney Guests and Cast Members shares a few instances of a similar phenomenon. What happens when these “friends” of Disney characters are allowed a little breathing room?

u/incride shared briefly shared their interaction with a relative on the inside,

“My sister was Chip at the Disneyland hotel one day and no one was around so we had a casual conversation.”

Needless to say, the very idea of Minnie having a potty mouth is so ludicrous you can’t help but laugh.

Related: Genie+ Meet and Greet a Good Sign for Guests

At the end of the day, Cast Members are still human. Even characters like Woody and Minnie Mouse need a laugh every now and again. Disney does have some strict regulations regarding the portrayal of its characters, but as long as that doesn’t break the magic for other Guests, there’s no harm in letting them laugh with their audience.
Have you ever seen a Cast Member break character? Tell us in the comments below!