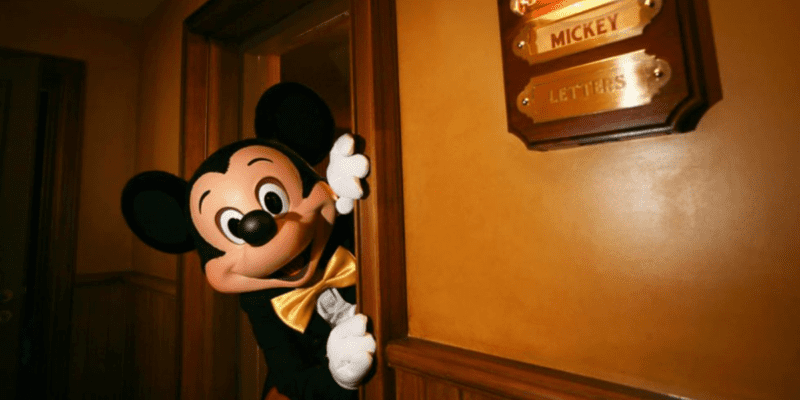 The Disney character performers give the Parks an animated life force completely unique and separate from other Cast Members. Seeing Mickey, Donald, Goofy, and all their friends walking around the Magic Kingdom is a key component of the Walt Disney World experience, and Guests young and young at heart both enjoy rubbing elbows and getting hugs from their favorite characters. While the Princesses, pirates, and beloved animated animal friends are popular with kids, the grown-ups seem to enjoy them even more.

It’s practically impossible for some Guests to go to a Disney Park and not get a hug from Mickey, and not even the adults are immune to the charm and personalities of Disney’s enormous cast of characters. The Meet and Greets have practically been a part of the Parks since the gates first opened, and millions of visitors have met a variety of animated stars over the decades. Regular Guests and casual fans alike recently shared their fond memories of character experiences at Walt Disney World in a popular Reddit post, and many were absolutely heartwarming.

Any birthday spent at Disney is going to be a winner, and u/bradyay shares their experience during their “first and only visit” to Walt Disney World, showing that even Disney’s royals are still a hit with their adult fans.

“For my 30th birthday, the plan was simple: Meet Ariel. Before we did that, I got a birthday card signed by Beauty and the Beast at the BOG restaurant. So it quickly became a game to meet as many characters as we could that day (and the next, and the next…) and ask them to sign my birthday card. It was so much fun. Belle even took me for a walk around the France pavilion and I nearly blushed to death. The card is now framed on my wall.”

Even Disney’s own Cast Members have a soft spot for their Meet and Greets, and a lot of Disney employees get access to some special and rare characters, such as the encounter u/ScoutMaster0214 had while they were on duty.

“I’m a CM (cast member) and the characters come to my office about two times a month just to visit with us. As a matter of fact Oswald the lucky Rabbit is here today…there is a line fifteen minutes long to get a selfie. The characters have an effect on all of us. Young and old alike!”

Disney has a special way of bringing out the more adventurous and magical side in any Guest, and hardly anyone is immune to that level of enchantment. u/cinezealot shares their Meet and Greet experience, and how something so simple can lead into an unforgettable moment that sticks with them after they’ve left the Park.

“As someone that was a bit of an introvert, meeting with face characters has kind of taught me how to have 1-way conversations and to socialize with people where conversation doesn’t feel very natural. It was interesting to see how face characters would pick up on small words or nuggets from a guest and make that into a long, warm, conversation. I’ve used that tactic as a cooking instructor to engage with strangers that I’m meeting for the first time.”

These are just a small sampling of dozens of stories involving the Characters, and there are many more that are sure to garner an emotional response. They certainly make us want to pack a bag, head to Walt Disney World, and find the nearest character queue. As Disney is continuously faced by a tidal wave of change, it’s comforting to know that Mickey and friends will always be there with a hug and a smile.

What’s your Meet and Greet story? Tell us in the comments below!