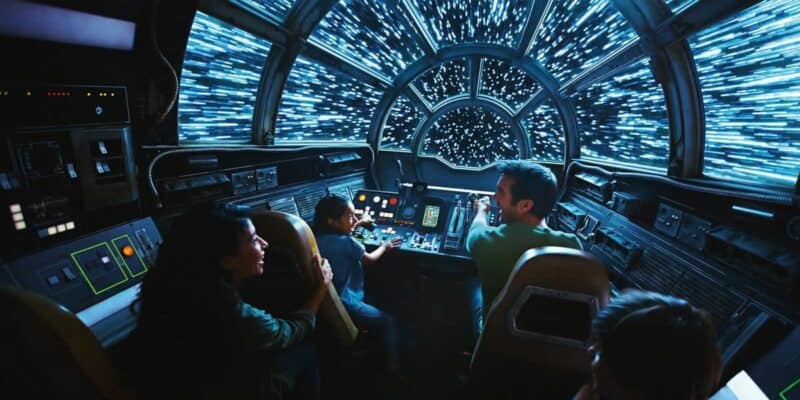 Rest assured; your poor piloting is not the worst thing that has happened aboard the attraction on planet Batuu!

Was riding Smugglers Run as the right pilot and halfway through the ride I felt something fall and bounce off of my leg and onto the floor. I felt around for it and found one of the large circle buttons from the ride had fallen off. I could see the spot it had fallen off of and a very right light was shining from it. The rest of the ride I was having a debate with myself on whether to keep it or turn it into the cast member. I was going to keep it but last minute gave it to the cast member because I did not want a guilty conscience for the rest of my trip.

Luckily, the button didn’t injure the Guest and appeared not to impact the ride system. Millennium Falcon: Smuggler’s Run is operating normally at the time of this article’s publication.

Related: Developing: Possible Cause of Fire at Magic Kingdom Revealed

Have you ever found a broken piece of a Disney Parks ride?