'Loki': Everything We Know About Season 2 So Far - Inside the Magic 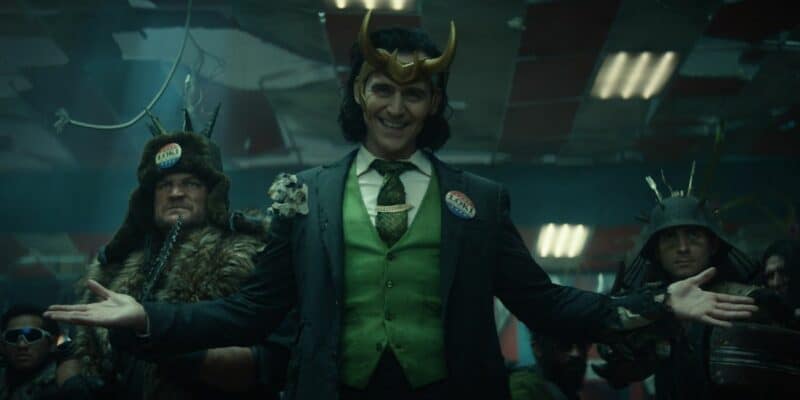 Loki (2021) continued the story of everyone’s favorite Trickster god, and had some pretty momentous developments for the Marvel Cinematic Universe as we know it. The six-episode limited series developed the idea of the multiverse and introduced a character — and actor — who is set to play a pivotal role in Phase Five of Marvel Studios boss Kevin Feige’s ever-developing big and small screen superhero world. But what can we expect from Season 2? Here’s everything we know so far.

RELATED: ‘Loki’ Season 2 Is Going to “Unexpected” and “Exciting” Places

What Happened In Loki Season 1?

Loki‘s first season, created for Disney+ by Michael Waldron, saw Loki (Tom Hiddleston) transported from the Battle of New York as seen in Avengers: Endgame (2019) to a desert. There, he’s picked up by the Time Variance Authority (TVA) and Agent Mobius M Mobius (Owen Wilson), who take him back to their retro-futurist headquarters. It turns out the organization, run by Judge Renslayer (Gugu Mbatha-Raw) on behalf of the Timekeepers, aims to maintain the Sacred Timeline. They identify and ‘prune’ any events or people who have strayed from their outline of what should happen.

It turns out Loki has been enlisted to help capture a dangerous variant of himself who has been causing chaos. After an initial escape attempt, Loki realizes the sheer power of the organization — they have a drawer filled with discarded infinity stones, replicas retrieved from pruned variances — and opts to help. The fact that he also gets to see his future self’s fate, his redemption arc and eventual death at the hands of Thanos (Josh Brolin), also plays a part.

Loki deduces that the variant has been using apocalyptic events to hide in, places in the timeline where their presence won’t matter as everyone and everything is set to be wiped out anyway. Loki discovers the variant is a female version of himself named Sylvie (Sophia Di Martino). Sylvie has been stealing the timekeepers’ reset charges and after rejecting Loki’s offer to team up and overthrow the Timekeepers together, sends them to various points on the timeline.

It causes chaos at the TVA and Sylvie uses the opportunity to inflitrate their headquarters, taking Loki with her. She aims to kill the Timekeepers but are attacked by Renslayer. They escape using one of the Timekeepers’ TemPads, teleportation devices, to 2077 Lamentis-1 and a moon making planetfall.

As they try to escape, Sylvie reveals that all the TVA workers are actually mind-wiped variants themselves, and tells how she escaped the TVA after being taken as a child. The moment brings them closer, starting a romantic timeline and causing the TVA to come and retrieve them to shut the variant down. They tell Mobius, who locks Loki in a bad memory of Lady Sif (Jaimie Alexander) while he digs into it himself. After uncovering evidence that Sylvie is telling the truth, he frees Loki from the loop, but is pruned by Renslayer.

Renslayer takes the two Lokis to the Timekeepers themselves, but Sylvie overpowers them with the help of a TVA agent she told the truth to earlier, and manages to kill one of the huge overlords. The severed head tumbles to the floor to reveal they are all in fact sophisticated animatronics. Renslayer prunes Loki, who wakes surrounded by even more Loki variants, including Classic Loki played by Richard E. Grant, Kid Loki (as taken from the pages of Kieron Gillen’s ‘Journey Into Mystery’) played by Jack Veal and even Alligator Loki.

Sylvie demands the truth from Renslayer, who tells her that the ‘pruned’ are in fact sent to the Void at the end of time. After animated TVA mascot Miss Minutes (Tara Strong) attempts to stall Sylvie until she can be captured, Sylvie takes matters into her own hands and prunes herself to the Void too.

The Loki variants have told Loki that there is a giant creature, Alioth, which destroys everything in the Void. After uniting with Sylvie and a newly-found Mobius, they come up with a plan to enchant the creature. Their attempt fails until Classic Loki sacrifices himself, creating an illusion of Asgard to distract Alioth and give Loki and Sylvie chance to team up and enchant the monster together. It reveals a hidden citadel.

Mobius has TemPadded back to the TVA. Renslayer, having just been given some information by Miss Minutes, decides to go on a quest to find ‘free will’. TVA trooper B-15 (Wunmi Mosaku) proves the truth of them all being variants to the other TVA members.

In the Citadel At The End Of Time, Loki and Sylvie finally meet He Who Remains, revealed to be Jonathan Majors. He tells them that he is a scientist from a future earth and discovered the multiverses, alongside variants of himself who had done the same but were determined to dominate them all in a multiversal war.

He Who Remains put a stop it by using Alioth to destroy the others and then establishing the TVA to maintain the peace with the singular Sacred Timeline. Tired of holding the position, he wants Loki and Sylvie to take over his place. If they do decide to kill him, then they will unleash the multiverses and risk a return to a war that could end everything.

Loki decides they have a responsibility to take on the job, but Sylvie is determined to complete her revenge. She sends Loki back to the TVA and kills He Who Remains, while the timeline splinters and new variances begin to emerge.

How Did Loki Season 1 End?

As the first season draws to a close, we see Loki arrive back at the TVA, and desperate to warn Mobius and B-15 about the He Who Remains variants and what they might be about to unleash. But neither of them recognize him. Loki, confused, looks out into the TVA’s main hall and sees that the statue of the Timekeepers have gone: in it’s place is a statue of a He Who Remains variant, one which looks distinctly like Kang.

When Will Loki Season 2 Air?

There’s no exact release date for Loki‘s second season yet, other than knowing it is set to debut in Summer 2023 according to Kevin Feige at last year’s San Diego Comic Con.

How Many Episodes are in Loki Season 2?

Loki Season 2 is set to follow the same pattern as it’s debut season, with a total of 6 episodes currently outlined on IMDB.

Who is the Creative Team behind Loki Season 2?

With Loki season one director Kate Herron not returning for Season 2, it is instead critically acclaimed sci-fi directing duo Justin Benson and Aaron Moorhead taking the reigns to direct and executive produce this season, after their success on Moon Knight (2022). Eric Martin is the show’s head writer for Season 2, and also executive produces alongside creator Michael Waldron and star Hiddleston. Composer Natalie Holt is returning to score this season too.

Loki Season 2 will form a part of Phase 5 of the MCU, which officially begins on February 17 2023 with the release of Ant-Man and the Wasp: Quantumania (2023). That tracks with the presence of Jonathan Majors’ Kang in that movie, presumably one of the volatile variants of He Who Remains from this series. It should form a key part of the MCU’s key Phase 5 output, alongside shows like Secret Invasion (2023).

Who is in the cast of Loki?

Tom Hiddleston is set to return, and in an interview on Jimmy Kimmel Live, confirmed the rest of the main cast will be too — including Sophia Di Martino’s Sylvie, Gugu Mbatha-Raw’s Renslayer, Wuni Mosaku’s B-15, Owen Wilson’s Mobius and even Tara Strong’s Miss Minutes.

Newcomers to the cast include Everything, Everywhere, All At Once (2022) and Indiana Jones and the Temple of Doom (1984) star Ke-Huy Quan and Scottish actress Kate Dickie, as confirmed by Deadline. Eugene Cordero will also be back and Rafael Casal has been spotted on set, but not officially confirmed.

RELATED: ‘Loki’ Season 2 Should Introduce These Characters to the MCU

What Rumors are there about Loki Season 2?

A major Season 2 rumor is that the Squadron Supreme will make an appearance. The superhero group is from an alternate version of Earth, and is made up of some lesser-known heroes, including Hyperion. Rumors abound that DC star Henry Cavill might have crossed over to join the MCU in the role, but Josh Horowitz confirmed with Cavill that’s not the case.

As previously mentioned, Rafael Casal’s role is still secret, but rumors suggest he could be playing a rogue TVA agent who travels into the past and becomes a 1970s movie star.

Tom Hiddleston has also teased the season’s major plot theme: “a battle for the soul of the TVA”, and speaking to Entertainment Tonight, Mbatha-Raw revealed that Renslayer does indeed make it out of the TVA.

Are you looking forward to Loki season two? Tell us in the comments below.