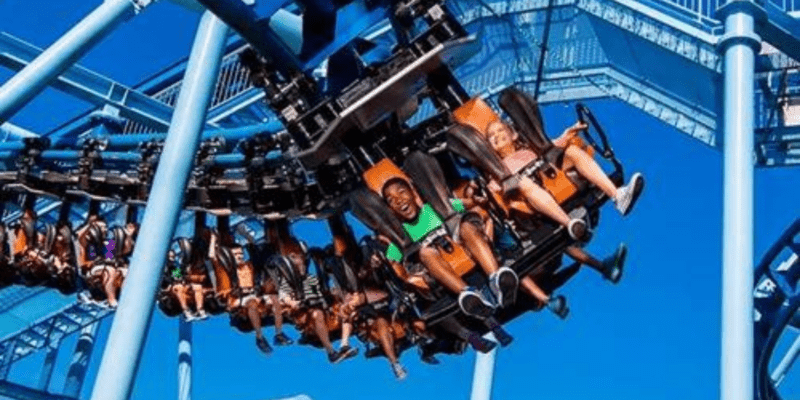 LEGOLAND Florida has exciting news for Guests: tomorrow, January 12, marks the opening of the new Pirate River Quest ride at the Park. This ride is a 20-minute boat adventure that will go through the canals of the old Cypress Gardens.

According to LEGOLAND spokesperson Kelly Hornick, this ride is able to utilize the gardens in a new way:

“What Pirate River Quest does is connect the gardens to the park in a way we haven’t been able to do in years.”

Today, media previews were held for this attraction at LEGOLAND, and we were even able to get a sneak preview of the ride and the audio, thanks to digital journalist @AshleyLCarter1, who posted a Twitter thread showing part of the adventure and the audio from the ride:

Pirate River Quest takes you through the canals of Cypress Gardens. You’re on a quest to find Captain Redbeard’s lost treasure and lift the curse.

Pirate River Quest takes you through the canals of Cypress Gardens. You’re on a quest to find Captain Redbeard’s lost treasure and lift the curse. pic.twitter.com/jN9XkzdBqz

What makes this ride unique is that there is no ride track, and the boats are free-floating. Led by a real boat captain on an airboat-style vessel, Guests will encounter a variety of animatronics and surprises along the way. Additionally, the ride is intended for all ages and has no height requirement.

This ride was originally supposed to open in November 2022, but due to high water levels, it was delayed.

Here is a complete description of the ride, per LEGOLAND:

Set sail with a rowdy crew of LEGO® pirates on Captain’s orders to explore the murky waters and retrieve the lost treasure, stolen by a troop of mischievous monkeys.

Journey through the uncharted waters of the legendary Cypress Gardens and discover the secrets protecting its canals, as this all-new story unfolds brick by brick into a family-friendly treasure hunt. Adventure awaits you at LEGOLAND® on the Pirate River Quest, opening 1.12.23.

Are you excited about the Pirate River Quest ride opening?