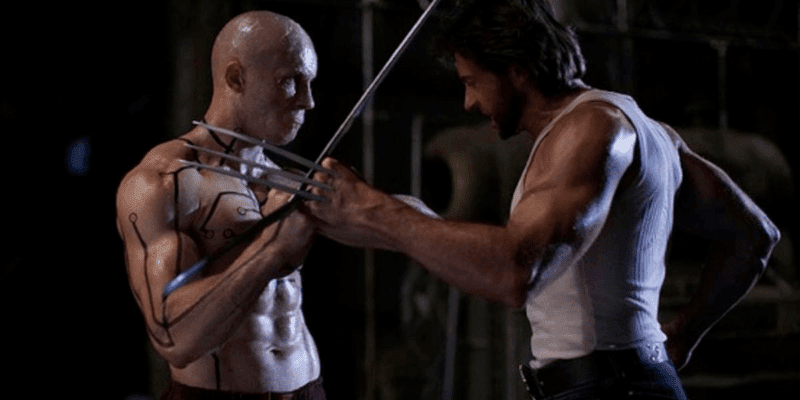 Hugh Jackman (The Greatest Showman and Les Misérables) and Ryan Reynolds have taken the start of 2023 to tease fans about their upcoming ‘Deadpool 3‘ movie.

Most recently, that means the title!

With ‘Deadpool’ in 2016 and ‘Deadpool 2’ in 2018, it would only make sense for the third installment to be named ‘Deadpool 3’. However, with Jackman’s character, Logan/Wolverine, and with the franchise now under the Marvel umbrella, a new title is likely in store.

Hugh took to Twitter to talk about Reynold’s new movie ‘Spirited’ and the issue he had with the song “Good Afternoon” being shortlisted by The Academy for the Best Song category.

But don’t get me wrong … pic.twitter.com/8ymOYUOq9m

In true Hugh Jackman and Ryan Reynolds style, Jackman was able to get a few jabs in at Ryan during his video.

“Now, Ryan Reynolds getting a nomination in the best song category… will make the next year of my life insufferable. I mean, I have to spend the year with him shooting ‘Wolverine and Deadpool” and… trust me, it would be impossible.”

He ends his video by begging The Academy not to give Ryan Reynolds the award.

Reynolds commented on Hugh Jackman’s video taking issue with the song “Good Afternoon” being shortlisted by The Academy for the Best Song category.

Disagree. I think the deepfakes that sung and danced for Will and I would love to perform at the Oscars. https://t.co/tjI8NwfdKc

First, was Reynolds’ response to the song: “Disagree. I think the deepfakes that sung and danced for Will and I would love to perform at the Oscars.” Reynolds followed that up by addressing the ‘Wolverine and Deadpool’ elephant in the room.

The much-anticipated movie won’t be hitting theaters until 2024. So, for now, we’ll just have to sit back and watch the two stars of the films continue to tease and taunt one another.

Are you excited for ‘Deadpool 3′? Let us know in the comments.