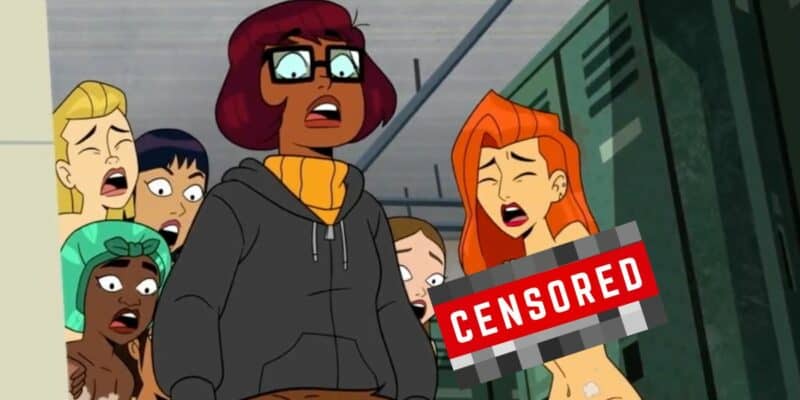 Since the show debuted in the 1969s, “Scooby-Doo, Where Are You” has proved to not only be one of Hanna-Barbara’s most popular works of animation, but the five main characters have proven to be some of the most iconic cartoon characters of all time. The franchise has amassed millions of fans over the years and resonated with so many children around the world.

However, it’s a new age for the series, with a streaming-service giant stepping into the ring.

We first learned last year that a new spin on this classic cartoon, Velma, was in the works at HBO. Helmed by Mindy Kaling (The Office, The Mindy Project), this new, adult-oriented Scooby-Doo series puts Velma front and center of some truly graphic and grown-up situations.

Velma tells the origin story of the lovable, orange-shirt-wearing detective Velma Dinkley, the brains of the Scooby-Doo Mystery Inc. gang.

We got out first look at the new series last year, with some calling the new show a “perverted” twist on the classic cartoon. The first full trailer for the series was just revealed by HBO Max on Twitter earlier today. Check it out down below:

The trailer shows a much more violent and sexualized version of the cartoon that millions grew up with, showing Velma, Fred, Norville “Shaggy” Rogers, and Daphne all coming together to form the iconic ghost-catching team. Fans will notice the absence of perhaps the most famous character from ‘Scooby-Doo’, that being Scooby-Doo.

As we stated earlier, when we first reported on this new series, we found a lot of the initial reactions to be negative. Some called the show “perverted”, others called it “vulgar.” Many are worried the television series will be overly sexualised.

HBO and its streaming application HBO Max have proven to both be absolute powerhouses in the industry. Recent shows such as Euphoria, starring Dune’s (2021) Zendeya, as well as cult classics like Curb Your Enthusiasm starring Seinfeld’s Larry David, have helped propel the company to the streaming forefront, becoming the best option of the bunch to many.

Will you be watching this new take on Scooby-Doo’ on HBO Max?