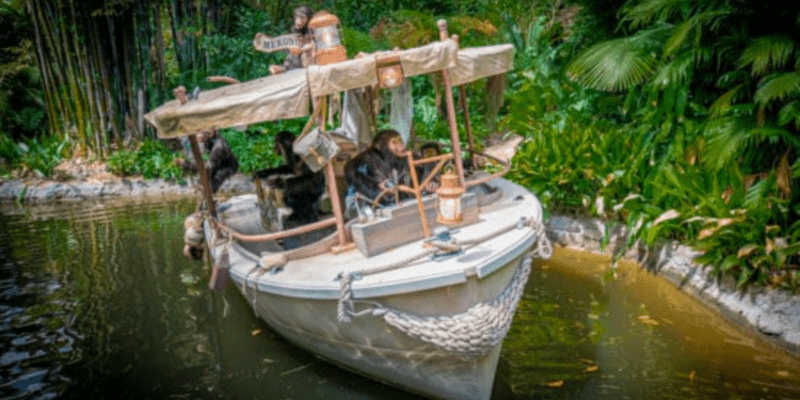 As Disneyland Resort fights a legal battle with disgruntled Magic Key holders, another lawsuit has been filed against The Walt Disney Company.

A wrongful death lawsuit filed by the family of Joanne Aguilar against The Walt Disney Company, its Theme Park division, and Disneyland Resort alleges Aguilar died due to complications from injuries obtained at the Southern California Disney Park.

According to the Orange County Register, the family alleges that Disney Cast Members laughed at 66-year-old Aguilar as she struggled to get out of a boat on Jungle Cruise. The disabled woman then suffered a fall.

“My clients went to Disneyland with the hopes of creating life-long happy memories and instead are left with the memory of a lack of dignity and respect for their mother, which ultimately led to her final demise,” family attorney Michael Jeandron said. “Two daughters are heartbroken, healing and seeking accountability for Disney Cast Members who laughed at their struggling mother instead of helping her.”

The incident occurred on August 22, 2021, when Aguilar visited Disneyland Park with her daughters, Andrea Mallul and Zenobia Hernandez. When they got to Jungle Cruise, Disney Cast Members informed the family that the wheelchair-accessible Jungle Cruise boat was unavailable. She opted to ride a standard boat with her daughters’ help.

As Aguilar exited the ride, her family claims Disney Cast Members “snickered and giggled” at her. She lost her balance on unstable blocks placed to help Guests exit the ride and fell backward, fracturing the right femur in her leg.

Aguilar was rushed to Anaheim Hospital via ambulance. She had surgery and remained there for ten days before moving to a rehabilitation center. After five months at rehab, she developed an infection, went into septic shock, and died on January 29, 2022. The lawsuit claims Aguilar’s death directly resulted from the fall at Disneyland Resort.

The Walt Disney Company denied the allegations and planned to seek a jury trial. Officials refused to comment further on the lawsuit.

This classic Disneyland Park attraction has been replicated in Magic Kingdom at Walt Disney World Resort, Tokyo Disneyland at Tokyo Disney Resort, and Hong Kong Disneyland. It also inspired a 2021 film of the same name, starring Emily Blunt and Dwayne Johnson (“The Rock”). From Disneyland Resort:

What do you think of the wrongful death lawsuit against Disneyland Resort?