Chris Pratt Makes Enormous Statement, Doubles Down Despite the Backlash - Inside the Magic 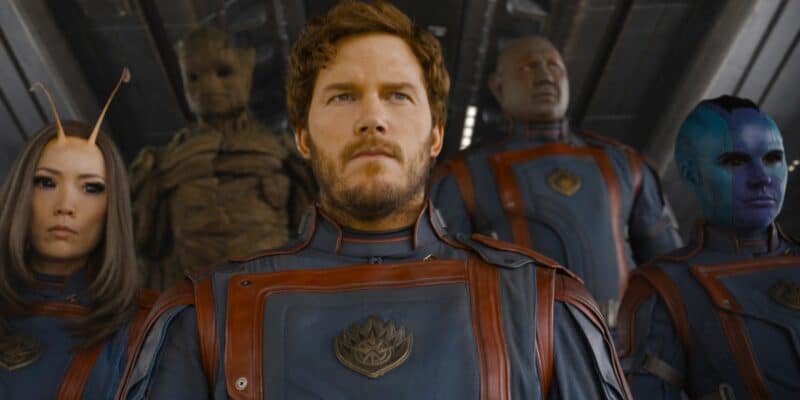 Chris Pratt has become a renowned movie star, and though he has his detractors, he is well-liked by a massive amount of fans as well as fellow actors and actresses.

Chris Pratt recently enjoyed the success of a box-office hit in Jurassic World Dominion alongside Bryce Dallas Howard, which surpassed more than $1 billion worldwide and the franchise has been a massive draw for millions of people around the world as a continuation of the beloved Jurassic Park franchise, which started more than 30 years ago.

Though Pratt has faced backlash from some over his religious beliefs, he has remained steadfast in them and has garnered the respect of many because of it.

Just recently, the actor– who recently starred in The Tomorrow War— shared a video from a speech on MTV that he shared more than three years ago. In it, the actor said he “wouldn’t change a thing.”

“Throwback to that time MTV honored me with “The Generation Award.” I was given three minutes to impart wisdom to the next generation. Given the chance to do it again I wouldn’t change a thing. Except maybe I wouldn’t try to eat the popcorn backstage,” Pratt wrote.

Pratt shared plenty of useful advice– some comedy, and others more seriously– including things like “You have a soul, be careful with it,” “Learn to pray,” and “Nobody is perfect.”

“You are imperfect; you always will be,” Pratt said. “But a powerful force designed you that way. And if you’re willing to accept that, you will have grace, and grace is a gift. And like the freedom that we enjoy in this country, that grace was paid for with somebody else’s blood. Do not forget it!”

The husband of Katherine Schwarzenegger Pratt reprised his role as Peter Quill/Star-Lord in Thor: Love and Thunder (2022), which was released in theaters back in July. In addition, Pratt will be back on the big screen again in May of 2023 as James Gunn’s Guardians of the Galaxy Vol. 3 (2023) hits theaters and he’ll bring to life the beloved video game character Mario in Super Mario Bros. (2023) next year.

In terms of Disney, there have been rumors that Chris Pratt, the ex of Anna Faris, could be the next lead in the Indiana Jones franchise. However, Pratt has turned down those rumors, citing Harrison Ford’s past comments on the character. The actor, who got his start as Andy Dwyer on the television sitcom Parks & Recreation, has a net worth of more than $80 million.

What do you think of Chris Pratt’s comments?