Celebrity Fell 25 Feet at Popular Theme Park, Smashed Both Ankles - Inside the Magic 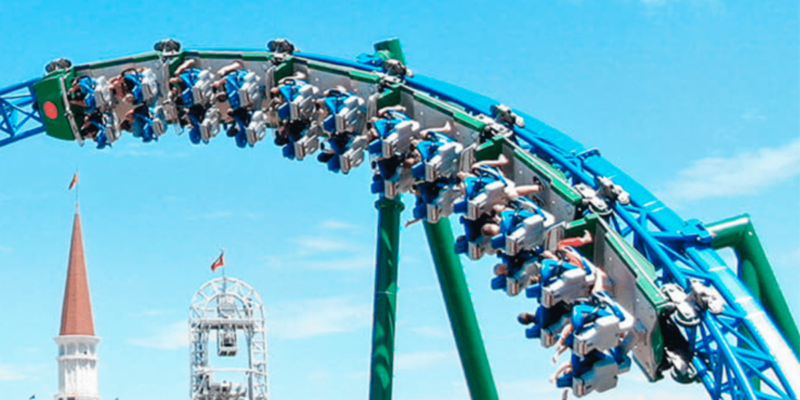 When you visit your favorite theme park, there are probably plenty of attractions and entertainment offerings that you’re sure to hit up.

Disney Park Guests visiting Walt Disney World Resort and Disneyland Resort will want to ride attractions like Haunted Mansion, Pirates of the Caribbean, Space Mountain, and Jungle Cruise. Universal Orlando Resort and Universal Studios Hollywood have plenty of thrilling attractions, like Revenge of the Mummy and Despicable Me: Minion Mayhem for Guests to enjoy. Of course, there are also plenty of theme parks worldwide to visit and enjoy, like Dollywood, Six Flags, Busch Gardens, SeaWorld Orlando, Cedar Point, and many more.

One thing that no one expects to happen when visiting their favorite theme park, however, is experiencing an injury.

Inside the Magic previously reported on a popular celebrity and model who smashed both of her ankles at a popular European amusement park.

Katie Price, who is known for her work as a glamour model, fell a terrifying 25 feet back in 2020 while she was drunk with her boyfriend Carl Woods and kids Junior, 16, and Princess, 14. The model was visiting the Turkish theme park Land of Legends when the incident happened.

Now, nearly three years later, the 43-year-old star is still experiencing issues and undergoing medical procedures due to the incident. The celebrity, who has more than 2 million followers on Instagram, has undergone multiple surgeries and just recently shared on social media that she had gotten stitches removed after a procedure she had just a matter of weeks ago.

The Land of Legends offers unique experiences to all Guests where they will discover something new every moment. The amusement park is known for many attractions, including Masha and The Bear Land of Laughter, Adventure Land, Aqua Land, and Secret Lagoon.

While theme park injuries are rare occurrences– less likely than being struck by lightning, according to statistics— accidents do happen every now and then.

What do you think of this theme park injury? Let us know in the comments!