Bob Iger Releases Statement on the Passing of His Friend, Barbara Walters - Inside the Magic 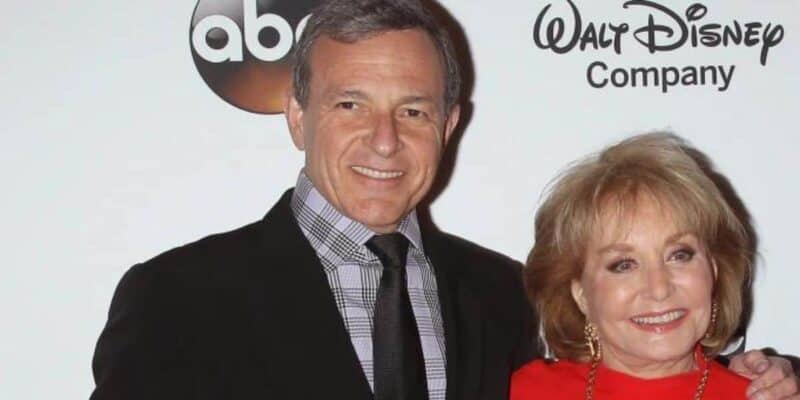 Disney Legend Barbara Walters, the pioneering television journalist who spent 38 years at ABC News, passed away at her home in New York. She was 93.

“Barbara was a true legend, a pioneer not just for women in journalism but for journalism itself,” said Bob Iger, CEO of The Walt Disney Company.

“She was a one-of-a-kind reporter who landed many of the most important interviews of our time, from heads of state to the biggest celebrities and sports icons.”

“I had the pleasure of calling Barbara a colleague for more than three decades, but more importantly, I was able to call her a dear friend. She will be missed by all of us at The Walt Disney Company, and we send our deepest condolences to her daughter, Jacqueline.”

Iger shared to Twitter, “I have sad news to share today. Barbara Walters passed away this evening at her home in New York.”

I have sad news to share today. Barbara Walters passed away this evening at her home in New York. pic.twitter.com/fxSyU6BQk4

Walters had over a 50 plus year career. She was the first woman co-host of the Today show, the host and chief correspondent of 20/20, and the creator and co-host of The View.

She also had her own television show- The Barbara Walters Specials.

This show was continually top-rated, and included such legends as Sir Laurence Olivier, Bing Crosby, John Wayne, Bette Davis, and Audrey Hepburn. Her annual The 10 Most Fascinating People broadcast, launched in 1993, and offered a review of the most prominent newsmakers of the year.

After 25 years as host and chief correspondent of ABC News’ 20/20, Walters left the show in 2004, but she remained an active member of the news division and network for years thereafter.

In 2008, her memoir, Audition, was published by Knopf to critical and popular acclaim, and spent several weeks at the top of the New York Times Bestseller List. That same year, she was named a Disney Legend.

Over the years Walters was the recipient of numerous honors, including induction into the Academy of Television Arts and Sciences Hall of Fame and recipient of the ATAS Lifetime Achievement Award. She also received a star on the Hollywood Walk of Fame.

What did you think of Barbara Walters? Let us know in the comments.