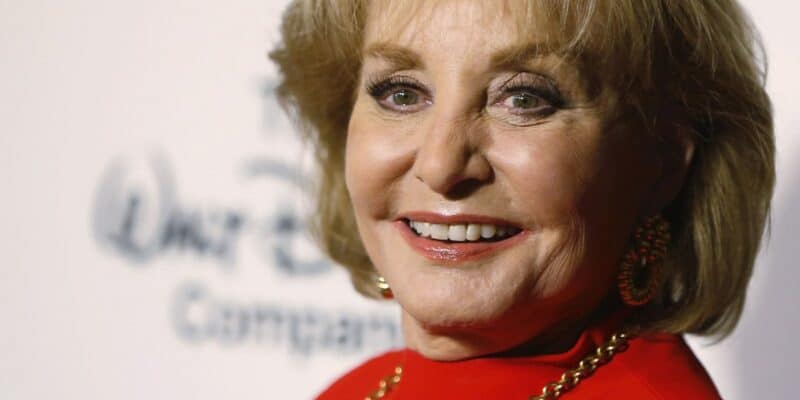 Barbara Walters, the pioneering TV journalist whose interviewing skills made her one of the most prominent female figures in broadcast journalism, has died, her spokesperson confirmed. She was 93.

Related: “Who Do I Sue?”: ‘The View’ Host Face-Plants on Stage After Nasty Fall

There was no immediate word on the cause of Walters’ death. Walters was a familiar face on America’s television sets for more than 50 years, interviewing every president from Richard Nixon to Barack Obama and setting a standard few others could match.

“Barbara Walters passed away peacefully in her home surrounded by loved ones. She lived her life with no regrets. She was a trailblazer for female journalists and all women,” Walters’ spokesperson Cindi Berger told the media in a statement release.

Walters started her national broadcast career in 1961 as a reporter, writer, and panel member for NBC’s “Today Show” and contributor for NBC News before being promoted to co-host in 1974. In 1976, Walters joined ABC News as the first female anchor on an evening news program.

ABC, the network where she last worked, aired a special report Friday night announcing Walters’ death and reflecting on her career. Bob Iger, CEO of the Walt Disney Company, parent of ABC and ABC Evening News, said in a statement Walters died Friday evening at her New York City residence.

President Biden also memorialized Walters in a tweet on Saturday, calling her “an example of bravery and truth — breaking barriers while driving our nation forward.”

“Her legacy will continue as an inspiration for all journalists,” Biden added. “Jill and I send our deepest condolences to her daughter, Jacqueline, and to those who loved her.”

Walters was known in recent years as the co-creator and matriarch of the hit ABC daytime show “The View,” but older viewers remember her as the first female anchor of a network news program and the pre-eminent interviewer on television. She earned that reputation with a penchant for meticulous preparation, whether she was interviewing despots or divas, models or murderers.

Are you sad to learn of Barbara Walters’ passing late last night? Let us know your best memory of her by leaving us a comment below.