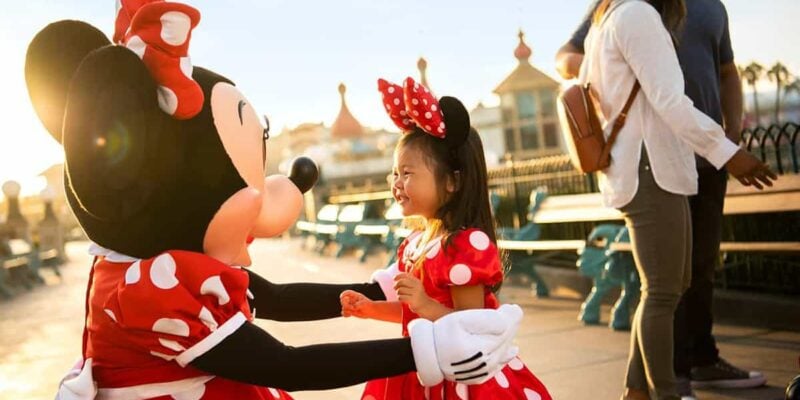 Disney characters are one of the main reasons Guests travel to “The Happiest Place on Earth.”

Disneyland is home to two different theme parks, Disneyland Park and Disney California Adventure Park. Each Disney Park is different, with attractions and different lands for Guests to enjoy and make memories that last a lifetime.

One popular moment that Guests can enjoy each Holiday season in Disneyland is the Christmas Fantasy Parade at Disneyland Park.

Disney describes this parade as:

“Beloved Disney Characters joining Santa Claus for a merry musical celebration down Main Street, U.S.A.” Guests who enjoy the parade can view prancing reindeer, marching toy soldiers, dancing gingerbread cookies and more, A Christmas Fantasy Parade brings the most magical time of year to Disneyland Park! Some of the highlights of the parade is Mickey and Minnie work with Chip ‘n Dale to organize an avalanche of letters to Santa, Anna, Elsa and Olaf bid you a warm winter welcome from their fantastic Frozen realm, Woody and Buzz give a playful wave from atop giant wooden building blocks, The Disney Princesses dance at the Candlelight Ball. Also in the grand finale, wave hello to Santa Claus himself. It’s a Christmas fantasy you’ll never forget!”

One TikTok recently surfaced showing Minnie Mouse being removed from the parade. She was only gone for a few moments, but she signaled for her handler, and they walked off from the parade arm and arm.

I can confirm Minnie is ok. She came back out about 3 minutes later. So cute to see Mickey help her make it to a helper. #minniemouse #mickeymouse #disneycaliforniaadventure #festivaloftheholidays #disneyparade

This isn’t the first time that a Disney character has had to be removed from a parade. Luckily, whatever the issue was, the character was able to be helped and rejoined the parade.

Have you witnessed a character removing themself from a parade? Let us know in the comments.