ABC's Award-Winning Series Gets Another Season - Inside the Magic 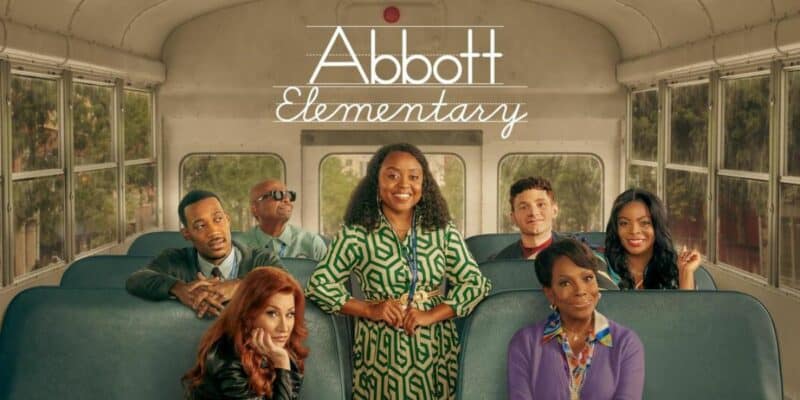 In addition to these accolades, the show was also nominated for the Screen Actors Guild Awards for best comedy ensemble and best comedy actress (Quinta Brunson).

If you are unfamiliar with the show, here is a description from ABC:

In this workplace comedy, a group of dedicated, passionate teachers—and a slightly tone-deaf principal—are brought together in a Philadelphia public school where, despite the odds stacked against them, they are determined to help their students succeed in life. Though these incredible public servants may be outnumbered and underfunded, they love what they do — even if they don’t love the school district’s less-than-stellar attitude toward educating children.

Abbott Elementary was very well-received by audiences, particularly in season two, which currently has 100% freshness on Rotten Tomatoes.

Additionally, Brunson is an executive producer on the show, along with Justin Halpern, Patrick Schumacker, and Randall Einhorn. The series is produced by Warner Bros. Television and 20th Television, a division of Disney Television Studios.

Channing Dungey, chairman and CEO of Warner Bros. Television Group, praised the television show’s cast and crew in light of the renewal:

“This renewal is a richly deserved feather in the cap of Quinta Brunson, Justin Halpern, Patrick Schumacker and Randall Einhorn, as well as the rest of the cast and crew of ‘Abbott Elementary. Each week, this talented group of artists celebrates true unsung heroes — public school teachers. And for some extra icing on the renewal cake, our favorite group of teachers was honored this morning with two Screen Actors Guild Award nominations and last night with three Golden Globe Awards. ‘Abbott Elementary’ is the gift that keeps on giving, and I look forward to many more magnificent episodes of this brilliant, authentic and just plain funny series.”

And, in an exclusive interview with Variety, Craig Erwich, president of ABC Entertainment, Hulu, and Disney Branded Television Streaming Originals, had this to say about the second season and the future of Abbott Elementary:

“The show is in its second year, and I think it just continues to grow creatively. In Season 2, which is what we’re watching, each of the characters are getting more dynamic and the situations are getting funnier. So there’s years for this show to go. As for the future of ‘Abbott,’ I’m just constantly delighted and surprised by what Quinta and her team do.”

Have you seen Abbott Elementary? Does it live up to the hype?