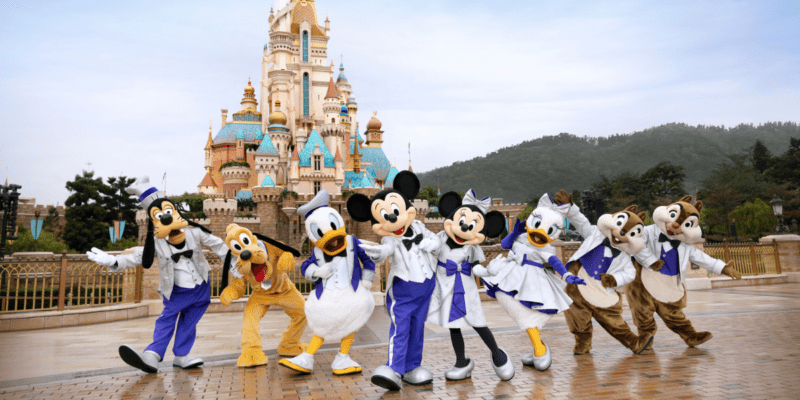 In honor of 100 Years of Wonder and the 100th anniversary of The Walt Disney Company, Disney has offered new image designs for a favorite fan item.

To celebrate the 100th anniversary of The Walt Disney Company, Chase has released some new card designs, including a special Disney100 card.

Existing and new Disney Visa Cardholders can get the newly released 100th Anniversary card design for your Disney credit and debit cards! The purple, blue, and silver designs have Mickey and Minnie in the 1o0 on the front and the 100 Years of Wonder official logo on the back of the credit cards.

See below for some of the new designs that are now being offered.

As we mentioned earlier, the 100th-anniversary credit card is designed in a sleek blue and silver color and includes the number 100 on the front of the card. Within the number, Mickey and Minnie are pictured in black and white and peek out of the zeros. “100 Years of Wonder” is also printed and included on the back of the design.

The Retro Walt Disney World design features various Magic Kingdom icons in gold and blue. Cinderella Castle is included at the center of the card and also has the Mad Tea Party cups, Space Mountain, Dumbo, Splash Mountain, a pirate ship, the “it’s a small world” façade, and fireworks. A cool Monorail graphic design also drives across the bottom of the back of the card.

The front card design includes Maleficent and her scary crow named Diablo. On the back, the forest of thorns is included.

Last but not least, The Princess and the Frog (2009) credit card is designed with dark blue stars to resemble the nighttime sky. Tiana’s wedding gown silhouette is included on the front of the card. In the outline is an image of her in her blue dress about to kiss Naveen as a frog. Ray the firefly has drawn the shape of a heart on the back.

Are you currently a Disney Card Holder? Comment below to tell us about your card experience!