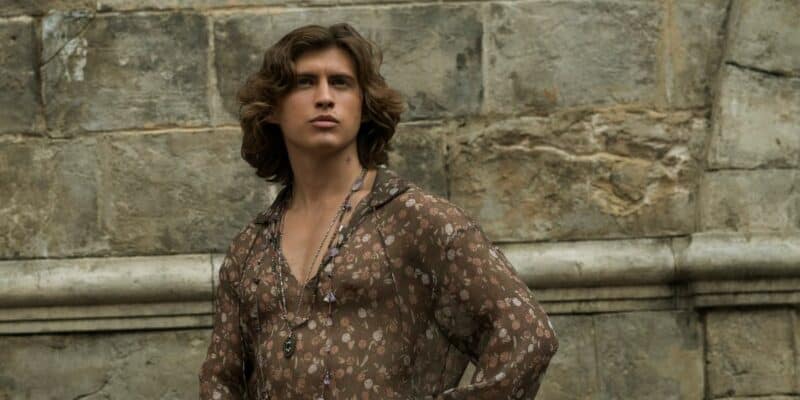 This week’s episode of Willow (2022) ended much the same as the format they’ve established already: an enigmatic scene, followed by an incongruous pop song. (In this case, The Beach Boys’ hit, “Good Vibrations”.) But this one could have big implications for the final two episodes to come.

At this point in the show, Prince Airk (Dempsey Byrk) has been trapped in the Immemorial City since the end of episode one, when he has kidnapped by The Gales. We haven ‘t seen too much of him since then, bar a brief glimpse of him waking up within the ruins and looking out across the vast desert.

This episode is the most we’ve checked in so far, revealing the prince is still within the empty buildings and towering statues. Despite The Crone’s whispers attempting to seduce him to evil and within the halls of the building he awoke inside, Airk resisted, opting instead to try to walk to his freedom.

We saw him make a concerted effort to leave the ruins behind, reaching a long ravine and then climbing to the other side of it, only to reveal… the city once again. It seems the cursed place spins him around and sends him back to its center, time and time again.

After a dehydrated and broken Airk makes his way back to where he started, he desperately scoops water out of what looks to be a polluted source, the water gleaming and swirling with color.

It’s then he hears a voice, and not that of the Crone’s. It’s an unknown woman, calling from within the structure nearby.

Airk ventures inside to investigate, and finds the woman (identified as Lili in the credits, played by Rosabell Laurenti Sellers) within a cell like the one he woke up in. He says he is not the reason she is here, but they must have been brought by the same people. As she asks if he will let her out, the episode ends.

Could Lili be the Crone in disguise? Or is she a hallucination caused by the polluted water? Either way, it seems this mysterious young woman must be more than she seems — and if she isn’t a the Crone herself, must be someone important enough to have caught her attention.

Either way, her presence means Airk will have something else to deal with over the course of these concluding episodes of the show, perhaps taking him from merely a starting and closing credits moment to a central part of the narrative.

The Crone has been known to use deception and possession so far in her plot to turn the world to evil, manipulating various members of the side of good, from Graydon (Tony Revolori) to Commander Ballantine (Ralph Ineson). Could Lili be the latest pawn in her game?

What did you think to the ending of the latest episode of Willow? Tell us in the comments below.