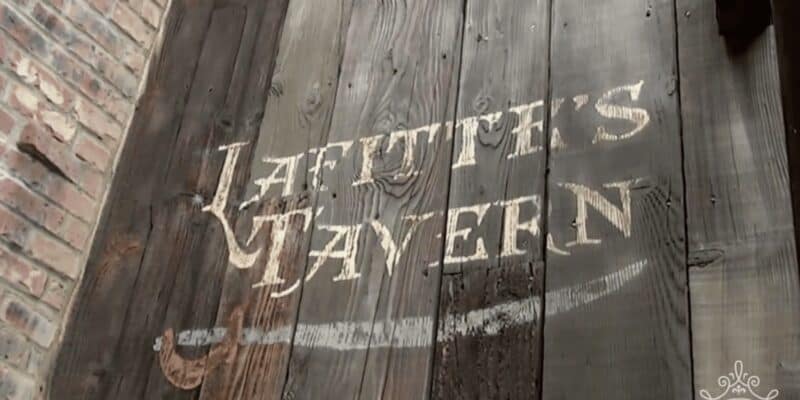 You’re probably asking yourself, “Who is this Jean Lafitte character, and what do they have to do with Disney?”

Jean Lafitte was a Privateer Captain in the early 19th century. He is considered a historic anti-hero in Louisiana. He had been involved in smuggling and piracy for many years. However, during the Battle of New Orleans in 1815, he helped defend the city in exchange for a pardon.

Well, Lafitte could have, singlehandedly, connected three different attractions at Disneyland and made one “Mega-Theme.” Those attractions were, of course, the Haunted Mansion, the Pirates of the Caribbean, and Tom Sawyers Island.

Although this plan never came to pass, there are still nods to Lafitte throughout the Park.

There is an official backstory that went with the Haunted Mansion movie titled “The Legend of Gracey Manor.” It tells how the builder of the Manor had an association with Lafitte. Then there were the catacombs.

The catacombs would have physically connected the Haunted Mansion with Tom Sawyers Island. There would be a walkthrough tunnel under The Rivers of America. This catacomb would have been accessible through a crypt on the Mansion’s burial grounds.

After entering the crypt, you would walk through a series of tunnels lined with the skeletons of Lafitte’s victims, as well as tributes to his fellow pirates.

You would eventually merge onto the hold of a buried ship on Tom Sawyers Island. Here, there would be lots of different activities for the kids. For example, there would be a saloon where you could mix pop rocks into your drinks and even a canon-firing arcade.

The mastermind behind all this was Imagineer Eddie Sotto. He joined WDI in 1986 and stayed for 13 years. Luckily, there is more info from Sotto himself about this project that can be found here.

So next time you’re walking past the Haunted Mansion, be on the lookout for this bricked up entry. Was this to be an entrance or window into the catacombs? Or merely a reminder to Sotto of his project idea? Guests have been wondering this for quite some time.

Have you seen the name Lafitte around the Park before?