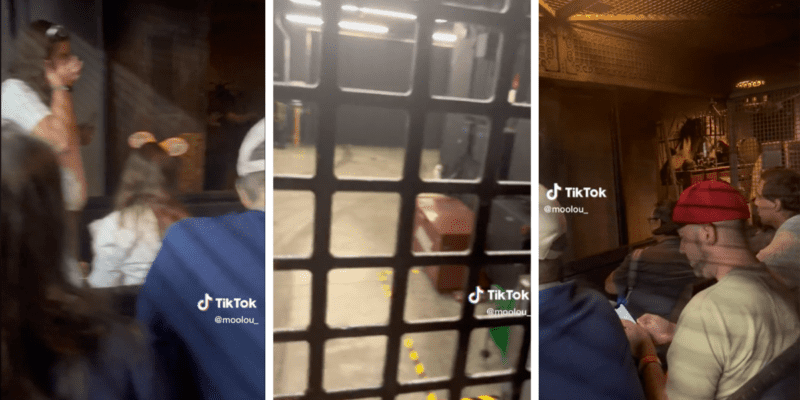 Walt Disney World Resort Guests know that The Twilight Zone Tower of Terror is scary – it’s in the name! But even more terrifying is when the creepy elevator ride doesn’t go as planned!

This week, a group of Disney’s Hollywood Studios Guests got stuck during the drop portion of the thrill ride for over thirty minutes. One of those Guests, Megan (@moolou_), shared a video of the experience on TikTok:

They pulled our elevator to this backstage room and gave us some lightening lane passes meanwhile I’m traumatized for life Lmao. We are all okay and happy to be back on ground. It only lasted about 30 minutes!! #towerofterror #towerofhell #disneyworld

Eventually, Disney Cast Members evacuated the Guests through the elevator maintenance bay, located behind the normal Guest unloading area. Everyone on board was safe, and the ride started operating normally again shortly after the evacuation.

“They pulled our elevator to this backstage room and gave us some [lightning lane] passes meanwhile I’m traumatized for life,” Megan wrote. “We are all okay and happy to be back on ground.”

This spooky hotel is the last remaining Tower of Terror at a United States Disney Park. In Disney California Adventure at Disneyland Resort, the ride was recently transformed into Guardians of the Galaxy: Mission Breakout! in Avengers Campus. From Disney:

Hurtle up and down aboard a haunted elevator-style lift. You’re about to enter… The Twilight Zone!

Have you ever been stuck on a Disney Parks ride?