The Nine Saddest Moments In Disney/Pixar History, Ranked - Inside the Magic 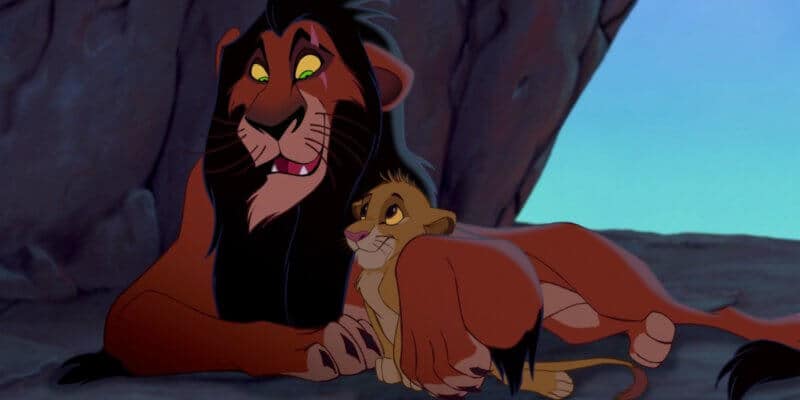 Get out the box of tissues, there’s going to be a lot of “protagonist guardian” death in this one.

Related: The Seven BEST Disney Princess Songs Ever Made

Finding the sad moments in Disney/Pixar

Now we don’t like to rank or force “sad moments” to compete with each other, because emotions aren’t a competition… but in the name of an interesting article — perhaps we must.

Now, the saddest moments in Disney and Pixar history is a freakishly tall order — because The Walt Disney Company is known for its’ tearjerker moments, ever since its early work with their full-length animated feature film, Snow White and The Seven Dwarfs (1937) and its (spoilers: fake-out) death, other acute losses like that in Bambi (1942), all the way until modern day. Even (especially) Pixar Animation Studios has a reputation for excessive heartstring-pulling, with their plethora of sob-inducing moments.

How do we determine the saddest moment?

Emotions are always different for everyone. But “sad” moments usually result in several bodily reactions that might happen almost across the board — namely an abundance of tears, copious snotting/sniffing, a lump in the throat or a clenching feeling in the chest. And both Disney and Pixar are masters at eliciting these responses (so far, at least). So we’ll be looking at the most sniff-inducing moments from these animation powerhouses — the scenes that made us well up with tears, the most heart-clutching lines, the most painful farewells.

Get ready for the 10 saddest Disney Pixar moments in history, ranked!

Imaginary friend of Riley Andersen (Kaitlyn Dias), Bing Bong has been with Riley until her teen years — living literally in the back of her mind — but probably not any more after this scene.

For our first pick, Bing Bong sacrifices himself, destining himself to being forgotten by Riley as he attempts to get Joy (Amy Poehler) out of the literal Memory Dump, jumping out of the rocket-wagon unbeknownst to Joy until it’s too late. The knowledge that he will be forgotten in the Memory Dump, and willing to go through with that to save Riley, is a sad moment that will likely not be forgotten any time soon.

The entirety of this movie is so overwhelmingly sad!

It’s arguably the most difficult farewell in Pixar history — purely because it’s so dragged out!

You’ve had up to three movies spaced through many years to fall in love with these characters. And now faced with owner Andy growing up, the Buzz Lightyear (Tim Allen) and Woody (Tom Hanks), along with their other toy friends, have to contend with this major change. Directed by Lee Unkrich, the whole movie explores themes of growing up, loss, unwanted change, friendship and found family. It definitely serves up several big tearjerking moments — from the perceived “death” of these beloved toys as they hold hands and face certain doom, moving slowly towards a burning trash incinerator, or from the actual farewell where Andy (John Morris) gives his toys away to a young Bonnie.

This scene definitely hurts, and people who’ve lost loved ones will likely find things particularly difficult to watch (especially through the tears). Here, Grandma Tala’s death is shown as something almost bittersweet, and in some ways beautiful. Its the sheer power that her soul becomes the manta ray, leaving a shockwave behind as Moana is running from her home island to the ocean that really drives home that loss.

Coupled with the soaring music, this gorgeously painful scene is followed immediately with the song “I am Moana”, as the young protagonist realizes her true potential and goal, with the help of her grandmother’s spirit in the Song of the Ancestors.

This one is truly a classic, and likely many kids’ introductions to the idea of death, and the loss of a loved one.

Here, the Lion King of Pride Rock, Mufasa (James Earl Jones) is murdered in cold blood by his brother, the nefarious Scar (Jeremy Irons), who has designs on his (proverbial) throne/crown. The most heart-rending moment though? The young Simba’s horrified reaction to his death, and the subsequently gut-wrenching scene where he nudges at his father’s broken body, attempting to get him to wake up.

It’s the catalyst for the entire arc of Simba’s growth in The Lion King, and it’s a classic tearjerker for a reason.

This movie will never fail to get the waterworks flowing.

The scene where Tod gets left in the woods by Widow Tweed, and the intense confusion on his face has the power to break even the strongest heart.

There’s also something terribly simple, poignant, and painful in the way Copper defended Tod from Amos Slade with his life. The hunter commands Copper the hound to “get out of the way”, but the forever friend refuses, letting out an emotional whine, pleading with Slade for Tod the fox’s life. The silence during the scene speaks a thousand words. In the end, this is the last time the two best friends forever share a moment together — ever. The silent power in this often under-looked film absolutely earns the classic movie its well-earned spot on the list.

“Until we meet again.” This one might just hurt more the older you get.

This moment might be a little bit of a sleeper pick — an underdog choice, in a sense.

It’s a particularly nuanced and painful moment, especially when viewed from the perspective of Nani Pelekai (Tia Carrere), young Lilo’s (Daveigh Chase) older sister and legal guardian following the sudden death of their parents — a title and role that for all intents and purposes, is about to be forcefully taken away from her and put into the foster system. This scene takes place on the eve of that parting, where Nani is attempting to convey to her little sister just how much she loves her despite their quarrels, and that one day they will meet again. Lilo tries her best to reassure Nani, but in classic “little kid” fashion, probably does not grasp the whole painful situation as much as Nani does. Stitch in this scene is also shown experiencing a bit of a revelation himself in this emotional moment — truly coming to understand the meaning of family and unconditional love, as Nani sings a poignant verse from “Aloha ʻOe” (“Farewell to Thee”), a song written by Hawaii’s last ruler, Queen Liliʻuokalani (then Princess of Hawai’i).

Disney’s ability to show stories without words is simply next-level.

This moment in 2021’s Encanto is the culmination of so much struggle and hardship and unspoken tension that the reveal of the full story of Abuela Alma Madrigal (María Cecilia Botero) and her late spouse’s sacrifice. Young Mirabel Madrigal (Stephanie Beatriz) has to deal with a ton of generational trauma that is echoed in different ways through the other members of the Madrigal family — from sisters Isabela Madrigal (Diane Guerrero),  Luisa Madrigal (Jessica Darrow) to cousins Camilo Madrigal (Rhenzy Feliz) and Dolores Madrigal (Adassa), and even most of the adults in the family.

Here, the pain on Abuela’s face is palpable as she witnesses her husband’s sacrifice firsthand and Sebastian Yatra’s Dos Oruguitas (Two Caterpillars) plays in the background — and the Madrigal Matriarch is now properly humanized — shown as someone who is complex and nuanced, instead of simply an almost “villainous” catalyst for family tension and trauma. You absolutely feel for Abuela, yet you fully feel for the pain Mirabel and the rest of the family went through as a result of her choices.

This is just… one of the painful moments ever animated, likely.

Arguably the most memorable highlights of Coco (2017) by Pixar Animation Studios, it’s yet another emotional homerun for the iconic animation company. Set in Mexico and based off of the traditions surrounding Día de Muertos (the Day of the Dead), the story follows young music-loving Miguel (Anthony Gonzalez) who travels inadvertently to the Land of the Dead, stumbling across his deceased ancestors and bringing music back to his family — Footloose-style.

This scene is pivotal, and this Pixar moment shows Miguel attempting to get his aged great grandmother Mamá Coco (Ana Ofelia Murguía) to remember her father — the long-ostracized Héctor (Gael García Bernal), who (spoilers!) was actually murdered by his friend and partner Ernesto de la Cruz (Benjamin Bratt), who used his music, including Héctor’s “Remember Me” — a gift to his young daughter Coco — to become one of the most popular musicians of all time (psst — the Disneyland Resort’s Disneyland Park had a mind-blowing Ernesto face character at this year’s Oogie Boogie Bash).

Coco here remembers her Papa through the power of music — as Miguel sings “Remember Me”, their voices join in song and a disappearing Héctor is saved from being forgotten forever.

I don’t think anything can top this waterworks generator.

Is it safe to say that people who don’t cry at the beginning of Up have no heart?

This absolute tearjerker of an opening prologue has terrorized the world since the Pixar movie Up debuted in theaters a little over 10 years ago. Titled “Married Life”, this depiction of two childhood friends, spunky Ellie and serious Carl Fredricksen (Ed Asner) getting married and living their dream life together, building their house, trying and failing to have a baby, planning and hoping to go to Paradise Falls — ending in Ellie’s eventual death as Carl watches on — has tugged at so many heartstrings and absolutely earns first place on this list.

It’s the perfect opener to Carl’s wild decision to tie thousands of balloons to his house and take off for the fabled Paradise Falls — in a desperate attempt to live out the dream that he never got to share with his late wife, with unwitting new friends along for the ride. Easily one of Pixar’s finest, Up‘s “Married Life” is holds a special place in the hearts of many.

Over the years, Disney and Pixar have made us laugh, scream, shout — and of course, cry. These moments are some of the saddest, no doubt — but like most things, emotions are subjective. However, everyone can probably agree that no one does “sadness” better than these two animation giants.

Did we miss anything? What did you think of our ranking of the saddest Disney-Pixar moments, ever? Share your thoughts in the comments below!

Comments Off on The Nine Saddest Moments In Disney/Pixar History, Ranked