Actor, and flat-out legend, Dick Van Dyke has graced us with his presence on the silver screen for over 60 years, and today we celebrate his 97th birthday! 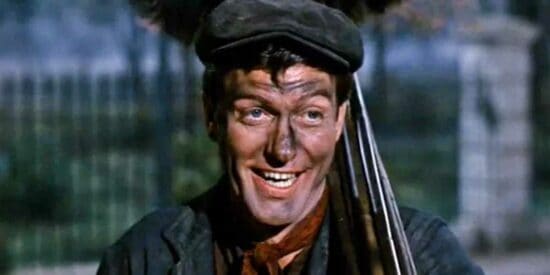 Most people know him from those films, but a handful of people would also know him from The Dick Van Dyke Show (1961), or Diagnosis Murder (1993).

The newer generations will know him from the Night at the Museum movie (2006).

Dick Van Dyke has always been young at heart and continues to prove it even into his old age.

In 2006, during a post-credit scene on Night at the Museum, he can be seen dancing with co-stars Mickey Rooney and Bill Cobbs.

In 2016, Dyke teamed up with actor/dancer Derek Hough to recreate the classic ‘Step in Time’ sequence from the Disney musical, as part of ABC’s televised special Disneyland 60, celebrating the Park’s landmark anniversary.

Here he is in 2018 in Mary Poppins Returns where he plays Dr. Dawes Jr. and is seen singing and dancing on top of the desk table inside his office.

Just a year and a half ago, Dyke, at 95, still had a workout routine he did every morning which includes rounds of sit-ups and leg circles.

In 2015, Van Dyke published a book titled ‘Keep Moving and Other Tips and Truths About Aging’, which included his biggest advice for longevity.

This legend has always had a very optimistic outlook on life and everything around him, and it has shown up all throughout his career.

At 97 years young, there’s nothing this man can’t do.

What’s your favorite show or movie of his? Let us know in the comments.