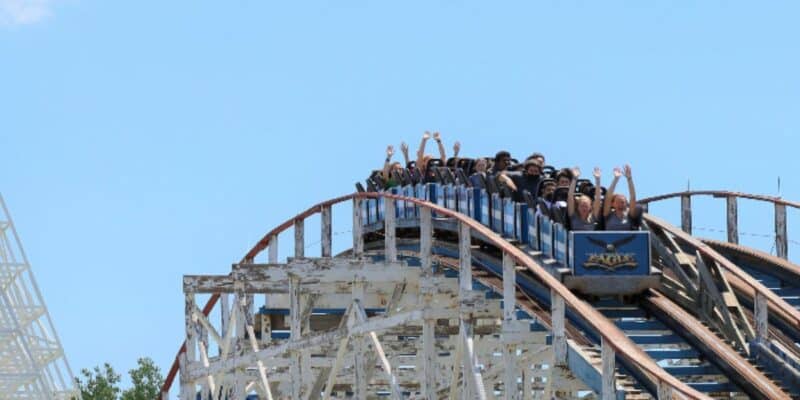 It was just reported that a fire broke out at the Six Flags Great America theme park in Chicago, Illinois. The location of the fire was a maintenance building that caught fire at the major theme park late Monday evening.

Six Flags Great America reported the fire to the local fire department, which was called to the amusement park after smoke and fire were spotted on the roof of the previously-mentioned maintenance building.

Thankfully, firefighters were able to put out the fire very quickly, leaving the building with minimal damage, stated Six Flags Great America. No one was injured during the incident. The theme park remains closed for the winter season.

Six Flags Great America specifically features a whole host of historic theme park rides, attractions, and of course, roller coasters. One of the most famous rides in the park has to be

This classic wooden beast is the world’s tallest and fastest racing wooden coaster, and has been an all-time favorite of true coaster fanatics for over 40 years. A double track means two trains can fly through this 4,650-foot-long run at the same time, so climb aboard either Eagle Red or Eagle Blue and prepare for the race of a lifetime. Side by side and simultaneously, the Red and Blue trains begin their ascent up the lift hill. No matter which side you’re on, you’ll first have to climb up 127 feet.

You slowly make your way to edge of the giant incline and then rush full-force down the first drop at speeds over 66 miles per hour. But this ride is just getting started. Brace yourself to fly through a narrow-tracked series of hills and slopes at top speed like it’s nothing. After several rollicking twists, turns, and hills, you enter an enormous 360-degree helix.

What is your favorite Six Flags theme park?