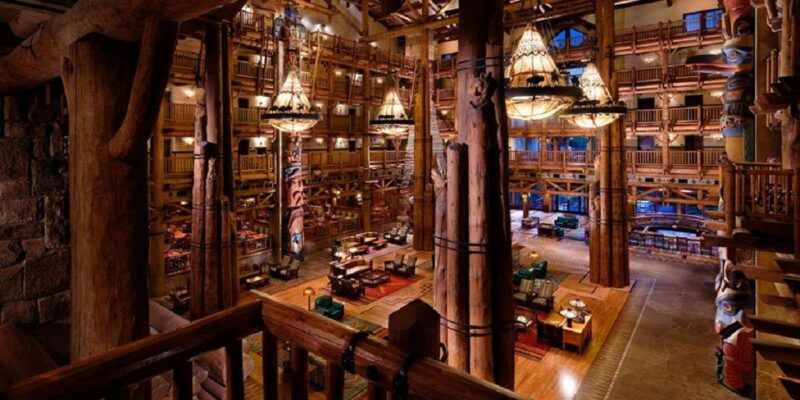 Walt Disney World Resort is known for its immersive experiences.

Disney Park Guests have opportunities to experience all kinds of attractions and entertainment offerings at Magic Kingdom, Disney’s Hollywood Studios, Disney’s Animal Kingdom, and EPCOT. But the fun doesn’t just stop at the Disney World Parks.

Walt Disney World Resort is home to a plethora of Resorts where Disney World Guests can enjoy lodging, unique dining experiences, and much more when they’re not out enjoying the theme parks.

Just recently, Disney World was placed under a tornado watch as rainfall, wind, and storms made their way into the Orlando area.

During that storm, user @kingdomreportlive  shared a video where we can see a major amount of flooding coming into the lobby of Disney’s Wilderness Lodge.

As the rainfall came into the lobby as a result of roof damage, Disney Cast Members closed off the area.

Disney’s Wilderness Lodge gives you the chance to “escape to the rustic majesty of America’s Great Northwest.” Inspired by turn-of-the-century National Park lodges, Disney’s Wilderness Lodge celebrates American craftsmanship and honors the beauty of the untamed wilderness. Soak in the splendor of the great outdoors, from nature trails through pine forests to rocking chairs that overlook a murmuring creek. Inside, discover towering totem poles, headdresses and more, and enjoy the rustic elegance of the stone hearth and roaring fireplace.