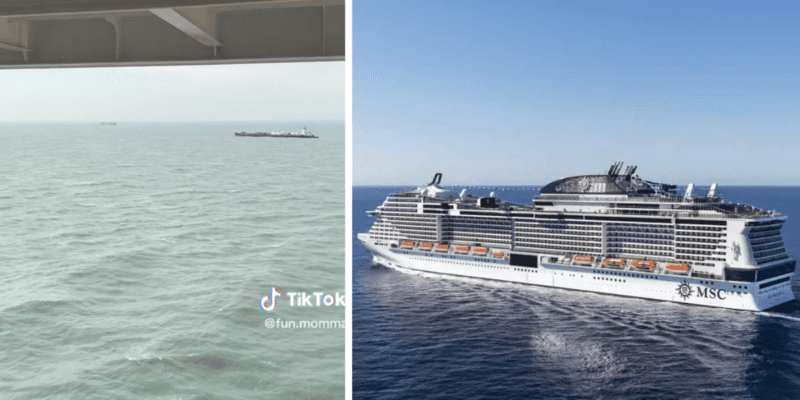 On December 15, MSC Cruises’ MSC Meraviglia was delayed returning to its home port, Port Canaveral, after a passenger went overboard.

According to Cruise Radio, the 36-year-old woman went overboard around 5 a.m. when the cruise ship was approximately 18 miles off the coast of Florida. The United States Coast Guard was notified, but unfortunately, the woman’s body was pulled from the water around 7:30 a.m. The ship’s return was delayed approximately five hours.

The passenger has not been identified publicly. The Coast Guard released the following statement: “Our deepest sympathies go out to the family during this extremely difficult time and we ask for discretion as we notify the family of this tragedy.”

Morgan Reiner, a passenger aboard the four-day cruise to the Bahamas, shared this video of MSC crew members notifying Guests of the incident and subsequent delay:

In the video, a crew member announces the following:

“We were alerted that a passenger was overboard, and we performed an immediate search and rescue operation. The U.S. Coast Guard was there to escort us with the boat and a helicopter. Due to fatal injuries, we learned that the passenger has passed away. We are offering our full support to authorities who are also involved in this matter, and I know, on behalf of all of us on the ship right now, are going to say a prayer for this person and her family. Just to reiterate, our ETA…to Port Canaveral will be in approximately 45 minutes from now. Once again, our ETA to Port Canaveral will be approximately 45 minutes from now. We apologize once again for the delay, but we hope you understand the circumstances. Thank you all.”

On Twitter, Port Canaveral alerted Guests embarking on the next MSC Meraviglia cruise to postpone their arrivals by five hours:

IMPORTANT UPDATE FROM @MSCCruisesUSA REGARDING TODAY’S SAILING ABOARD MSC MERAVIGLIA: “Dear Guests – Embarkation for your cruise will be delayed by at least 5 hours due to a guest emergency onboard the previous cruise. Please postpone your arrival at Port Canaveral by 5 hours.”

IMPORTANT UPDATE FROM @MSCCruisesUSA REGARDING TODAY'S SAILING ABOARD MSC MERAVIGLIA: "Dear Guests – Embarkation for your cruise will be delayed by at least 5 hours due to a guest emergency onboard the previous cruise. Please postpone your arrival at Port Canaveral by 5 hours." pic.twitter.com/tDzUeGuxNT

Our thoughts are with the loved ones of the passenger who tragically passed in this incident.