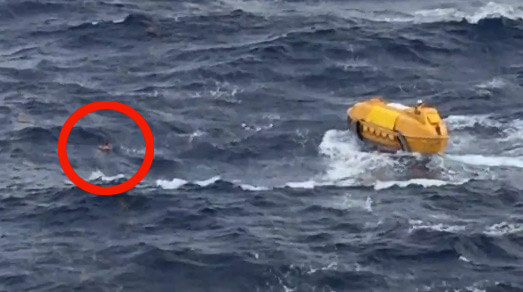 On January 8 a passenger fell overboard on Royal Caribbean’s Oasis of the Seas ship around a mile away from the coast of Cozumel, Mexico.

The 22-year-old man was rescued around 6:30am after Disney Magic cruise ship passenger Scott Campbell heard the man’s cries from his state room balcony. After quickly telling Disney’s guest services there was a man overboard, they sprang into action and sent a lifeboat out.

Another Disney Magic passenger David Hearn caught the rescue on video from the ship’s deck. Watch his raw video below, which he posted to YouTube. The rescue begins around 50 seconds into the video.