Ex-Disney Star in Custody for Domestic Violence - Inside the Magic 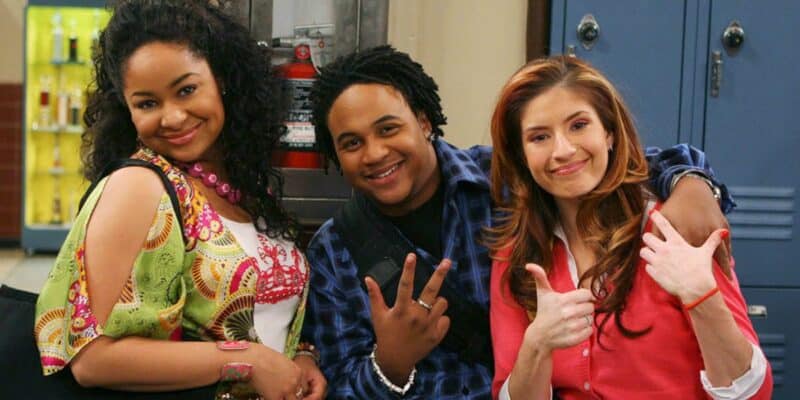 Former Disney Channel actor Orlando Brown, who played Eddie Thomas on the Disney Channel TV show That’s So Raven from 2003 to 2007, was recently arrested with a domestic violence charge.

Orlando was arrested on Thursday at 10:29 a.m. in Lima, Ohio, according to Allen County Sheriff’s Office records. According to Yahoo! Entertainment, he is facing a misdemeanor charge of “domestic violence – cause belief of imminent physical harm by threat of force.”

The mugshot, released by local law enforcement, shows the 35-year-old former actor smiling. He also has a tattoo on his neckline of former TV co-star Raven-Symoné. This tattoo was first seen in his 2018 mug shot.

Officers from the Lima Police Department had responded to a call about a “fight in progress,” which involved Orlando’s brother, Matthew. Orlando was staying at Matthew’s home at the time because he was reportedly homeless. According to the police, Matthew had claimed that Orlando became “crazy,” accused him of raping his wife, and tried to attack him with a broken-off knife blade and hammer. However, Orlando wasn’t able to strike Matthew and eventually put down these weapons.

This isn’t the first time that Orlando has been arrested. Throughout the past few years, he has had issues with addiction, mental health issues, and homelessness, compounding his arrests.

For example, in 2014, a woman claimed that Orlando threatened to kill her and her daughter. In 2016, Orlando was arrested during an argument with his girlfriend and charged with domestic battery and meth possession. Additionally, he was arrested in 2018 in Las Vegas because of an outstanding warrant. Months passed, and he was arrested for felony drug possession and was later arrested again after he broke into his friend’s restaurant.

In 2018, Orlando was a guest on the Dr. Phil show, where he discussed his battle with alcohol and drug addictions. However, the interview went awry when Orlando had claimed at one point to be Michael Jackson’s son, and later, Will Smith’s son. Because of this confusion, Dr. Phil had said Orlando may have neurological disruptions, which would cloud his thinking.

And in 2020, things seemed to get better for the former Disney Channel star. He had testified about his drug addictions during a Christian church service and was even part of a 6-month program that the church held for those who struggle with substance abuse, homelessness, anxiety, depression, suicidal thoughts, and other major issues. And at the end of the year, he married his wife Danielle.

At the time, Orlando had told the Christian Post:

“I can tell you that I’m OK. I’m alive. I was in an unsafe position and it has been shaky but at the end of the day all I can tell you is I’m OK and I’m graduating and I will be getting married.”

What do you think about this news? Share your thoughts in the comments below!

Comments Off on Ex-Disney Star in Custody for Domestic Violence