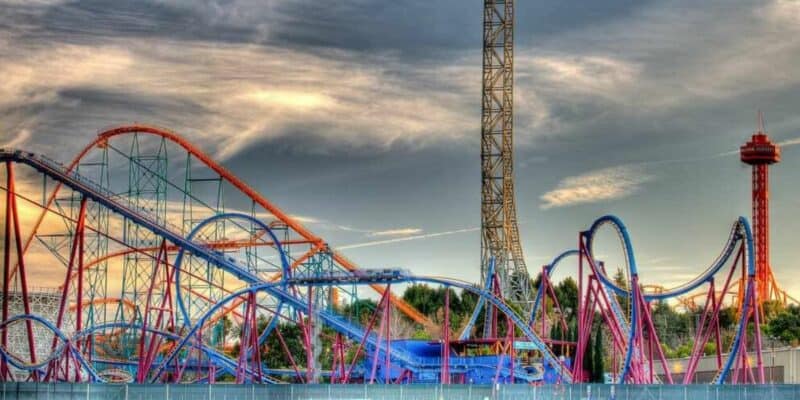 One activist investor has gobbled up tons of shares in famous Amusement Park and Water Park operator Six Flags and is now pressuring the company to sell off its real estate.

It has been one major roller coaster ride for Six Flag’s shareholders this year. The company’s stock is down a staggering 46.5% this year and is on track to have one of its worst years in the Theme Park operators’ history.

One Wall Street tycoon has grown so frustrated over the situation that he has decided to take matters into his own hands. According to the investment company, Land & Buildings Investment Management LLC founder and chief investment officer Jonathan Litt has reached out to the Six Flags executive management team and Chief Executive Selim Bassoul to talk about splitting the business into separate operating and property companies. Litt has made the case that Six Flag’s real estate could be sold to partners and leased back to the company.

Land and Buildings has made the case to investors that Six Flags’ real estate that they currently own is likely worth more than its current market capitalization of roughly $1.7 billion and that several real-estate and private-equity firms could be interested in buying the land for leisure assets like theme parks.

Land & Buildings Investment Management has a position of roughly 3% in Six Flags. However, they are not the only Hedge Fund involved with the company. H Partners Management LLC, the company’s largest shareholder, has a seat on the board of directors at Six Flags. Last month, the Hedge Fund altered its cooperation agreement with Six Flags to increase its ownership of the theme-park operator’s stock to roughly 20% of the company’s total outstanding shares.

In November 2021, Selim Bassoul was brought on as Six Flags CEO. The Amusement Park and Water Park operator regained footing after the Covid-19 pandemic temporarily closed its attractions in 2020, and traffic to its Parks plummeted.

Earlier this year, Six Flags raised gate prices to focus on “premium Guests” who are “willing to pay more” rather than on filling their theme parks in a strategic pivot set out by Bassoul. Throughout 2022, the company had more visitors attending the parks using single-day keys.

It will undoubtedly be interesting to see what Six Flags decide to do now that two activist investors are putting pressure on Selim Bassoul and his board of directors to fix the problem.

Do you think that Six Flags should sell off its real estate? Let us know what you think by leaving us a comment below.