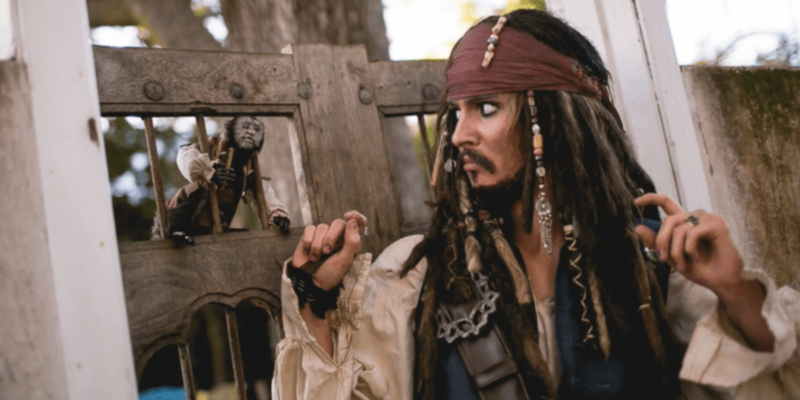 The Johnny Depp saga has been one that fans won’t soon forget.

The renowned actor, known best for his role as Captain Jack Sparrow in the Pirates of the Caribbean franchise, received all kinds of backlash after allegations came forward from ex-wife Amber Heard about abuse. Depp was blacklisted by Hollywood and many– including Disney– turned their back against the actor before a court trial had taken place.

Even after the defamation trial earlier this summer proved to be a victory for Mr Depp over Ms Heard, there has still been controversy surrounding Johnny Depp and what might unfold now that the trial is behind him. Of course, it should be noted that Amber Heard is still fighting against the verdict, and more legal battles could still be in the future for the two.

One of the biggest storylines surrounding Johnny Depp has been the saga with Disney. Since the trial ended, there have been many rumors on what might be next for the Pirates of the Caribbean franchise, and if Depp could reprise the role of Captain Jack Sparrow.

At this time, it doesn’t look like that’s in the works, but no one has yet closed the door on a reunion. Of course, we could take Depp’s words that he wouldn’t return to Disney for $300 million as a sign that the two sides face an uphill battle if they ever are going to rejoin forces.

But, what if we told you there were other actors who didn’t necessarily want to work with Depp, either, far before the allegations?

Quentin Tarantino, one of the most popular directors in Hollywood, recently revealed in an interview that he had fought against calls to have Johnny Depp play a role in the cult-classic Pulp Fiction (1994).

Tarantino shared that the studio was perplexed when he revealed he wanted Tim Roth to play the role of Pumpkin in the film rather than Depp. He said he asked them:

“Do you think Johnny Depp playing the role of Pumpkin in this movie, which is the opening scene and the closing scene that’s it, do you think that will add that much to the box office?”

It certainly would’ve been interesting to see Johnny Depp in Pulp Fiction, but the actor has had quite the career himself even without landing that role.

Depp played in the Fantastic Beasts franchise– until he was removed and replaced by Mads Mikkelsen in the latest Fantastic Beast movie– and he has also played in many other iconic movies, including Sweeney Todd (2007), Alice in Wonderland (2010), Charlie and the Chocolate Factory (2005), Public Enemies (2009), Into the Woods (2014), Ed Wood (1994), Edward Scissorhands (1990), and many more.

What do you think about these comments related to Johnny Depp?