Is Rope-Dropping An Effective Disney Hack? - Inside the Magic 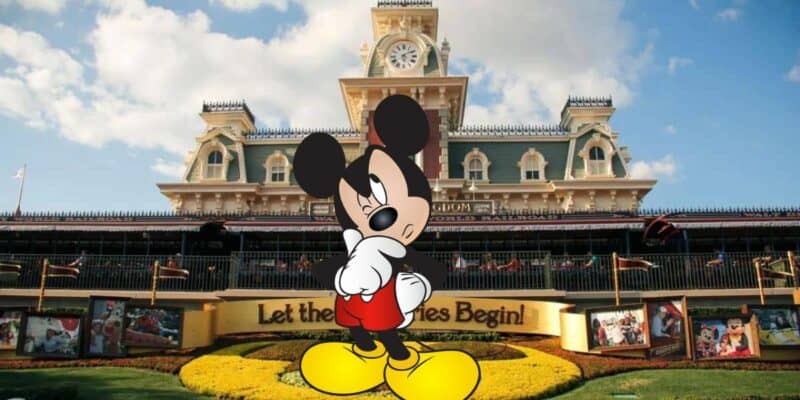 Die-hard Disney Park fans are familiar with the practice of “Rope-Dropping” to cut down on their wait times. Although it might be popular and a part of the Disney fan culture, is it really as effective as some veteran Park-goers claim? The Mouselets might have the answer, or at least part of it.

For those unfamiliar with the term “Rope-Dropping” is when fans visiting the Parks arrive just before opening to get a better spot in line for their favorite attractions once the ropes drop from different areas of wherever they’re visiting. By the law of first-come-first-serve, Guests who Rope Drop at the start of their day at Disney tend to beat the crowds, but is it as effective as some fans claim? @themouselets on TikTok just might have the answer some first-time Park-goers are looking for.

The Disney hack claims to get Guests a lower wait-time during the day, but it’s not 100% effective 100% of the time. In the TikTok above, @themouselets state that Guests staying on-site tend to get into the Parks 30 minutes earlier than those staying off-site at non-Disney hotels and resorts. While most non-Disney resorts offer complementary shuttles, not all of them will get there in time for Rope-Drops. Guests who stay on-site will obviously be benefited more than those that don’t, but off-site visitors can still join them.

Complementary shuttle services to the Parks are great, but if they want to make the Rope-Drop on time, they might have to spring for an Uber or other form of ride share. With that in mind, Uber-users could potentially beat the on-site crowds if they’re able to get an early enough ride. In the end, off-site Guests don’t have that much of a disadvantage.

One thing @themouselets also point out is that some Park areas open at different times than others, as seen in the Magic Kingdom. This is a factor that might fly under the radar of some veteran Disney fans, but it also serves as a sort of safety net for those wanting to Rope-Drop attractions in later-opening areas. It might be better to stay on Park Property in the long run, but that doesn’t mean rope-drops are impossible. To put it plainly, It’s a working, hack but not without some stipulations attached.

Have you ever rope-dropped at a Disney Park before? Tell us in the comments below!

Comments Off on Is Rope-Dropping An Effective Disney Hack?