Blizzard Beach just recently reopened on November 13. At this time, a park reservation is not required to visit a water park; however, reservation requirements are subject to change. Both Disney water parks, Typhoon Lagoon and Blizzard Beach, close every year during the winter months for refurbishment during low peak season. Typhoon Lagoon is currently closed for refurbishment.

Disney’s Blizzard Beach was changed to the Frozen theme. Disney World Guests can enjoy attractions like Tike’s Peak, Summit Plummet, Runoff Rapids, and many more great water rides. Inside the Magic has created a guide for all things Blizzard Beach for Guests.

Disney World Guests may think about skipping Disney’s Water Parks in the winter but think again, as Blizzard Beach and Typhoon Lagoon include heated pools and attractions for Guests to enjoy. 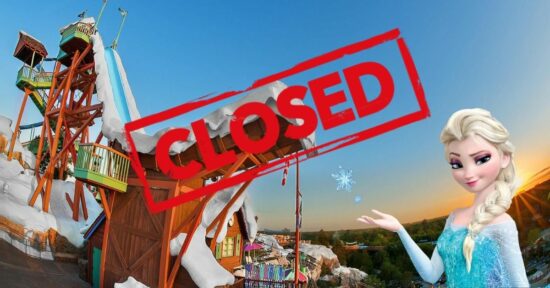 Keep checking Disney’s Official Website for updates on Blizzard Beach’s reopening and closures. Inside the Magic will continue to give you updates on the reopening of the water park, as well.

Have you been affected by this unexpected extended closure? Let us know in the comments.