Fans Furious With Warners Bros. For Ditching 'Justice League' Next Month - Inside the Magic 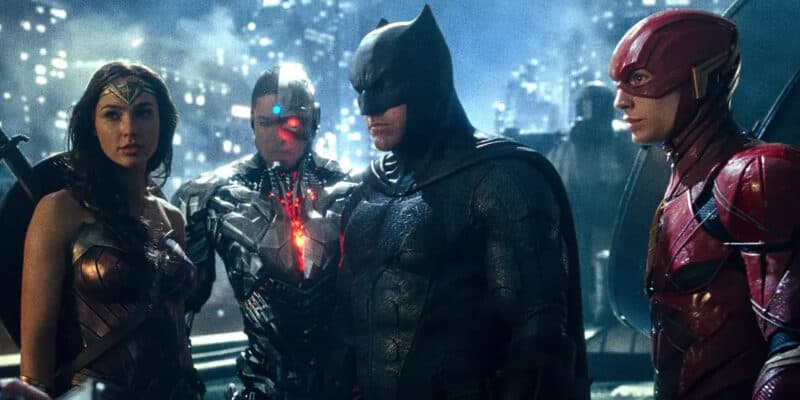 Warner Bros. Discovery might be making the worst mistake starting next month, and fans are not happy.

Related: “You Will Always Be the Superman” — DCU Actors/Crew Respond to Cavill’s Firing

After giving the reins to James Gunn and Peter Safran, DC has undergone major changes. The universe is getting a hard reboot, and no actor who has starred in a previous DC movie is guaranteed a role in the future. For instance, with Patty Jenkins returning to Lucasfilm, Wonder Woman 3 is no longer happening.

Jason Momoa might change roles and become Lobo in a future DC project. Ben Affleck is probably no longer Batman. Henry Cavill won’t be Superman, but Gunn has clarified that the new Superman will be integral to his plans. Green Lantern will finally appear, and fans are unsure if Gunn will bring Hal Jordan or Jon Stewart in.

Either way, these changes haven’t been fully announced, but DC fans keep seeing actors and projects being canceled, leaving fans to be furious with Gunn. It didn’t help with Dwayne Johnson’s Black Adam (2022) promising that Superman would be back for good and bring fans a new era of Superman.

This news was weeks before Gunn decided that Cavill wouldn’t keep his part. Now, fans aren’t happy with Warner Bros. after revealing that another beloved project won’t stay on the streaming platform.

See what else is leaving HBO Max soon: https://t.co/tzrBPdoiGm pic.twitter.com/xYTHm5U3Wz

This news has left fans angry and wondering what the reason is for this change:

Why…, there basically removing one of the best Superhero cartoons ever

Why…, there basically removing one of the best Superhero cartoons ever

Ok but why tho?

Ok but why tho?

Me to those at HBO responsible for this

Me to those at HBO responsible for this pic.twitter.com/AcbJFjb7Gs

Honestly after I finish this season of Doom Patrol, I’m cancelling cause this is ridiculous.

Honestly after I finish this season of Doom Patrol, I’m cancelling cause this is ridiculous.

Is there a reason that this is leaving? I thought they own this content, what’s the point of taking it away.

Is there a reason that this is leaving? I thought they own this content, what's the point of taking it away. 🤔😬

So we lose Cavill and then this? DC fans only know pain.

So we lose Cavill and then this? DC fans only know pain.

In the end, HBO should keep these two series as they are supposedly part of the inspiration for Gunn’s new DC Universe, meaning that fans who haven’t seen these series can’t access the content that inspired the future of DC movies which seems like a bad idea to remove them right before the major announcement.

Do you wish HBO Max kept the two series for fans to watch? Let us know what you think!

Comments Off on Fans Furious With Warners Bros. For Ditching ‘Justice League’ Next Month