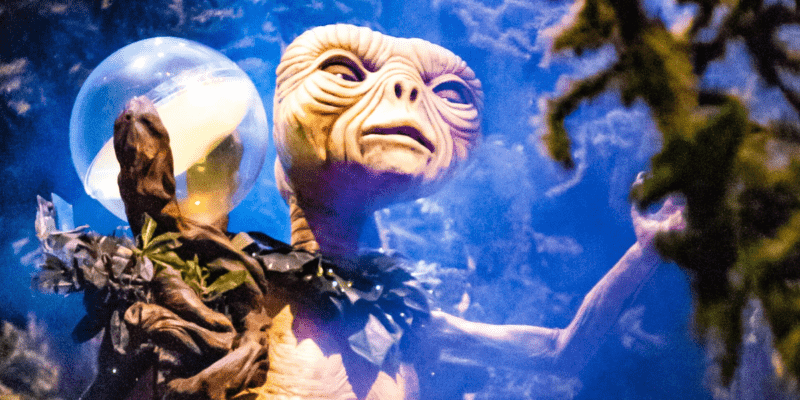 While Theme Park Guests adore Universal Studios Florida and Islands of Adventure for their cutting-edge ride technology, many fan-favorite experiences are older, nostalgic rides. Simple attractions like E.T. Adventure Ride might not be the most impressive, but they take Guests back to their childhoods and create irreplaceable memories.

Related: Universal Studios Hollywood Leaves Orlando Counterpart in the Dust With Express Works in the Park

One of the most beloved parts of E.T. Adventure Ride at Universal Orlando Resort is the finale, in which E.T. thanks each Guest by name for helping him return home. To make this happen, Universal Team Members give each Guest a card linked to their provided name.

This name isn’t linked to your Theme Park ticket; instead, it’s whatever you tell the Team Member as you enter E.T. Adventure. Over the years, it’s become somewhat of a joke among repeat Guests to come up with ridiculous names for E.T. to say.

On Reddit this week, Universal Orlando Resort fans discussed E.T. Adventure Ride, and u/Mad_Cerberus asked if it was possible to make the E.T. animatronic swear or say inappropriate words:

I’m just curious to know if someone has ever told the ride operators that their name is “Butthole” or something like that. Do you get kicked out of the ride? Does E.T. actually say it out loud? What if you say a nasty word in spanish?

Fans were quick to point out that while E.T. will likely say whatever he’s told to, it’s up to the Universal Team Members whether to accept your given name. “Please don’t tell the ride ops dumb sh*t,” u/knokout64 wrote. “Ben Dover, Hugh Jass, Mike Hunt they’ve heard it all. You can get ET to say whatever if it actually works though. It’s just up to the ride ops to enter it.”

Another fan explained that E.T. operates on a phonetic system, so Team Members select a name closest to what you give them. If E.T. can’t say your name, he says “friend.”

“The system is pretty well gatekept and curated. All the names deemed acceptable are already in the database and Team Members choose from among them using predictive text,” u/hpotter29 wrote.

The only exception is for Universal Team Members. “During normal operations? No. If your [sic] a tech and are doing your morning ride throughs? Yes. A running joke is to have ET curse at the tech riding,” u/DJ_Zelex explained.

Of course, it’s still possible to have fun with names on E.T. Adventure. Universal Team Members are happy to put in a name from your favorite TV show or even give your entire party the same name. As long as it’s appropriate and technically possible, E.T. will say any name you like!

Based on the iconic Steven Speilberg film starring Drew Barrymore, E.T. the Extra-Terrestrial (1982), E.T. Adventure Ride takes Guests on a nostalgic bike ride to space. Located in Woody Woodpecker’s KidZone at Universal Studios Florida, the ride has a 34” height requirement. From Universal Orlando:

What’s the craziest name you’ve ever given at E.T. Adventure Ride?