'Encanto' Goes Live, What Comes Next? - Inside the Magic 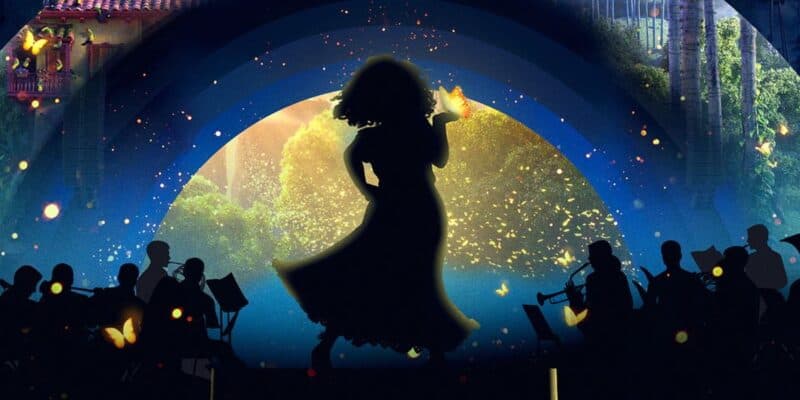 Encanto: Live at the Hollywood Bowl made it’s debut on Disney+ only a day ago, and fans are clamoring to La Casita to visit the family Madrigal as the cast of the animated musical perform their numbers live on stage. Although the film is one of Disney’s most successful movie musicals in recent years for the company, the studio could be sitting on a gold mine of material ready for the stage.

Encanto is great, there’s no denying that fact, but it’s not Disney’s only famous musical. In fact, it barely cracks the top five for some fans. While it might have the musical genius of Lin-Manuel Miranda behind its success, it’s still a little wet behind the ears compared to some of the studios’ other works. With titles like Mary Poppins, Aladdin, and The Little Mermaid having some of the most memorable songs in film, Disney should really start considering giving some of their more classic films a chance to take the stage. Furthermore, Encanto isn’t even the only Disney movie to get a concert feature at the Hollywood Bowl. Disney has more than a few other features that deserve the same treatment.

While it might be difficult to bring the visuals and motifs of Walt’s original concert feature to life on stage, Fantasia has been performed by a live orchestra before, and a recreation of the concert seen in the original film would definitely be a feast for the eyes and ears. After her success with The Lion King on the Broadway stage, Disney could call on Julie Taymor to breathe new life into a classic Disney film. Needless to say, the Sorcerer’s Apprentice segment would be spectacular.

Tim Burton’s holiday masterpiece previously got the Hollywood Bowl treatment, and it was given much more than a film-to-concert transition. Not only did Danny Elfman, the film’s composer and singing voice for Jack Skellington, lead the entire musical affair, but he was also recently joined by some of the film’s original cast and special guests that included Billie Eilish and Weird Al Yankovic in the 2021 staging. If Disney were to give this concert the full-film treatment, fans might be looking at a new Halloween tradition. Hopefully, this can be accomplished while the cast are all still in business.

While it would be much more preferred to see the previously-mentioned Broadway musical brought to Disney+ by way of Hamilton, a concert variation of The Lion King would still be well-received. The movie was a cinematic phenomenon that took the world by storm, and die-hard Disney fans haven’t forgotten that. The soundtrack by legends like Hans Zimmer, Lebo M. and the immortal Elton John absolutely beg to be performed by a full orchestra in front of a live audience. Honestly, its a wonder that it hasn’t been given a concert sooner.

What movie would you like to see as a concert? Tell us in the comments below!

Comments Off on ‘Encanto’ Goes Live, What Comes Next?