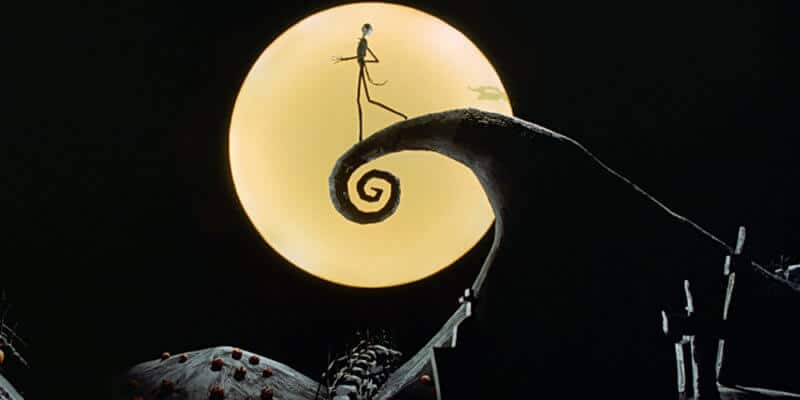 On Friday, October 26 and Saturday, October 27 at 8:00 PM, fans can enjoy a live-to-picture screening and concert presentation of the beloved Halloween/Christmas movie. Songwriter Danny Elfman will reprise his role as the singing voice of Jack Skellington, with Catherine O’Hara and Ken Page also returning as Sally and Oogie Boogie, respectively. The orchestra is led by John Mauceri, founding Director of the Hollywood Bowl Orchestra. Using living scenery projected onto the facade of the Hollywood Bowl, the event is described as a “fully immersive digital visual.”

Come celebrate the 25th anniversary of Tim Burton’s The Nightmare Before Christmas – in concert live to film Oct 26th & 27th at the @HollywoodBowl.

Disney D23 Members can get early access to tickets during a pre-sale period from September 5 at 10:00 AM PDT through September 7 at 10:00 PM PDT. There are also pre-sale periods for American Express Card Members, Spotify members, and more; you can find more information on the Ticketmaster website here. 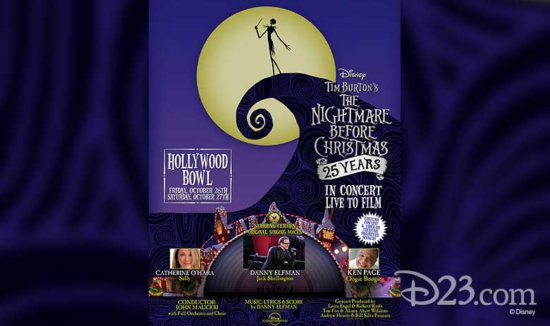 Tickets go on sale to the general public on Saturday, September 8 at 10:00 AM PDT.

D23 also hosted a 25th-anniversary panel for the film at San Diego Comic-Con 2018, which you can watch in our video below.

During the special event, audience members are invited to participate in a Tim Burton-inspired costume contest. Guests can also take part in photo opportunities and trick-or-treating stations as part of a Halloween Town experience.

To purchase tickets to Tim Burton’s “The Nightmare Before Christmas” live-to-picture screening and concert at the Hollywood Bowl, visit the Ticketmaster website.