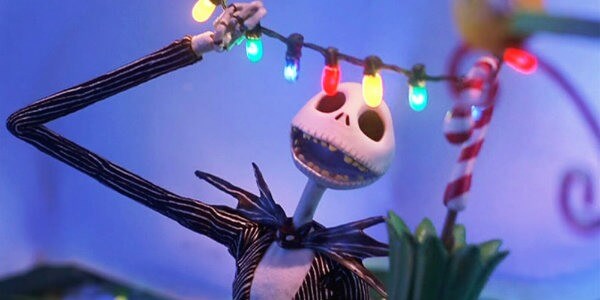 Tim Burton’s The Nightmare Before Christmas, a classic film to screen during the holiday season, is heading to Brooklyn for a special concert event with Danny Elfman, Catherine O’Hara, and Ken Page.

On December 6 and 7 at Barclays Center, a full orchestra and choir accompany a screening of the movie. Danny Elfman, composer and singing voice of Jack Skellington, is joined by Catherine O’Hara (Sally) and Ken Page (Oogie Boogie), for live singing performances during the screening.

Barclays Center will be transformed into Halloween Town, complete with pre-show activities like a costume contest and photo opportunities. Tim Burton-inspired costumes are highly encouraged. “Being able to perform ‘Nightmare’ live in synch to the movie with a full orchestra was such a thrill at the sold-out Hollywood Bowl shows. Having Catherine O’Hara and Ken Page to perform with me really made it a unique and magical experience. I’m happy to bring this special night to Brooklyn for the first time in December,” said Elfman.

The film, released in 1993, follows Jack Skellington, king of Halloween Town, as he discovers Christmas Town. His attempts to bring Christmas to his home cause confusion and chaos.

Tickets start at $35 and go on sale to the general public on Friday, October 6 at 10:00 AM. You can purchase tickets at the Ticketmaster website or Barclays Center website.

Tickets can be purchased in person at the American Express Box Office at Barclays Center starting October 7 at noon, if any tickets remain at that time.

Comments Off on Star-studded concert, screening of “Nightmare Before Christmas” announced for Brooklyn’s Barclays Center