"Done With Disney," Universal Orlando Gains Ground In Heated Competition - Inside the Magic 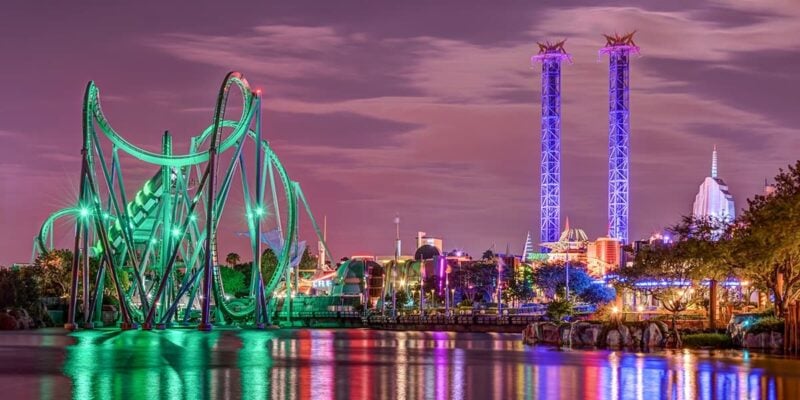 Universal Orlando Resort has been expanding in major ways over the last decade.

Universal secured the rights to the Wizarding World of Harry Potter and has since built Hogsmeade at Universal’s Islands of Adventure and Diagon Alley at Universal Studios Florida, both of which are connected by the Hogwarts Express.

And Universal Orlando is just getting started.

While there are several more things on the horizon, the biggest of all is none other than Epic Universe.

The new  Universal Park is set to open in 2025, and will feature many exciting lands, including Super Nintendo World, a Universal Classic Monsters Land, How to Train Your Dragon land, and another Wizarding World land.

Many fans are “done with Disney,” and they’re now making their way to Universal Orlando

Epic Universe isn’t even open yet, and we’ve already seen countless fans on social media saying they are “done with Disney” and have been spending their vacations at Universal instead.

“We were Disney regulars for years,” one fan said on social media. “Would go at least once a year and especially loved to go around Christmas time. Since before the whole covid thing we haven’t been to Disney and the changes that they made since then really turned us off. Thought this time we would try out Universal which we only visited once and that was a long time ago. Had a great time on their property. Nice hotel and so much easier to get around than at Disney. Got the Express Pass which is actually better than the now defunct Disney Fast Pass. It was so nice to have a great time at the parks and the restaurants and bars without having to make any reservation for everything.”

Several others agreed with them and said they just believe Universal is doing a better job of taking the Guest Experience into account.

“I had serious buyer’s remorse after my last 4 Disney trips. That has yet to happen after a Universal trip,” one said.

“That’s my feeling too. It’s not just about the price. Disney has become chaotic,” another said.

Walt Disney World Resort is still drawing in millions to its theme parks each year, but it’s clear that Universal Orlando Resort is making headway in competition, and that’s only going to become even more prominent with the additions and expansions that Universal is making in the coming years.

Right now, Universal currently has eight hotels for Guests to enjoy. You can book a stay on the official website.

In addition to the theme parks, Guests can enjoy plenty of restaurants and entertainment offerings at Universal CityWalk.

Have you stayed onsite at Universal Orlando Resort? What were your thoughts?