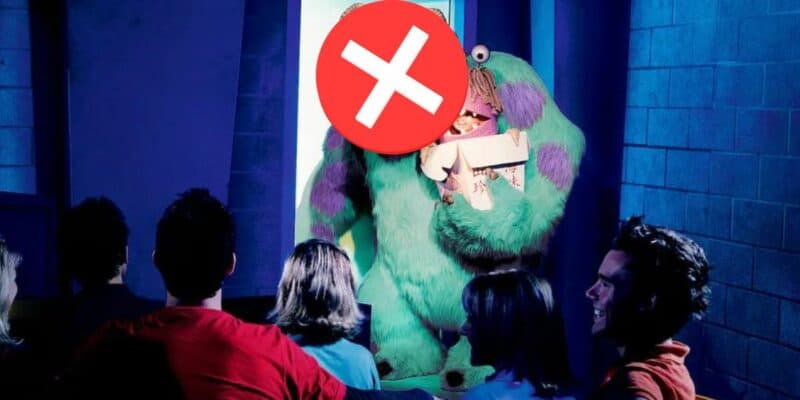 Few attractions are as unique as Disneyland’s Monsters, inc. Mike & Sully to the Rescue!. Sure Disneyland contains classic attractions like Space Mountain, Matterhorn Bobsleds, Splash Mountain, and the Haunted Mansion, you will not want to miss this ride found over in Disneyland California Adventure.

Disney closed the ride down for a refurbishment earlier this year, but the ride is back up and running. However, Guests have been noticing a few strange changes made recently, most notably to the infamous facade of the attraction.

Mike and Sully can be seen welcoming Guests into the line for the ride, and they’re still there following the refurbishment, though they admittedly look quite different.

In a tweet from Mathew R. (@ItsJustMathewR), a comparison was shared online, going semi-viral among the Disney Parks community. You can check it out down below:

As you can see, the difference between the original facade ad the new one is striking. The new Mike and Sully are far more details and shaded, making them look quite creepy, if we’re being honest. We guess it’s fitting since they are monsters who originally worked in the “scare” business.

The reception to the ride was mixed at best, however, ultimately leading Disney to rework the ride into an attraction themed around Disney Pixar’s Monsters Inc. franchise.

Zip through scenes from the Disney and Pixar film Monsters, Inc. on a wild taxi ride with familiar scare-acters.

Venture inside the Monstropolis Transit Terminal and hail a taxi cab for a tour of the town. As your journey begins, an emergency “special report” is unexpectedly broadcast inside your cab—a human child is loose in Monstropolis and must be caught!

Help friendly monsters Mike and Sulley as they race to return little girl Boo safely to her home.

Can she find the way back before it’s too late?