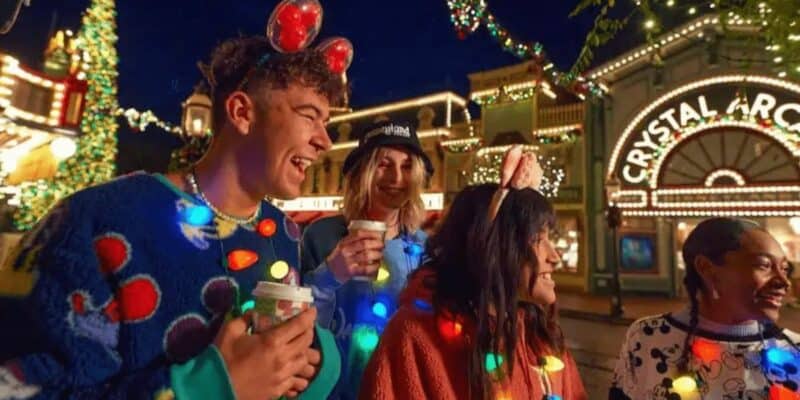 December is finally here! It’s been an exciting few weeks at the Disney Parks with the start of the holiday season, but now that it is December, it feels even more special.

But, with the new month comes even more magical surprises for Guests attending the Parks. There are so many new and exciting opportunities for Guests to experience!

A new TikTok from @perfectingthemagic shows viewers what changes are coming to the Disneyland Resort this month.

First, the Candlelight Processional will be held on December 3 and 4. The poster notes that if you’d like to see this processional, you should arrive early to find good viewing spots.

Disneyland’s hand-pulled candy canes will go on sale early this month as well. Here are the dates they will be sold at each Disneyland Park:

Next, although Disneyland tends to be crowded frequently throughout the year, it will be most crowded from December 17-31, as the holiday season, particularly the last two weeks of the year, are the busiest.

However, there is always a bright side! It truly is the most wonderful time of the year at the Parks, especially because of the seasonal food and entertainment, such as fireworks and parades.

And, for Magic Key holders, there will be a specialized tote bag available from December 5-20 under the Silly Symphony Swings at Disney California Adventure.

Though most commenters on this TikTok were generally excited about the goings-on at Disneyland during December, some were confused about some of the specific details about these events. For example, user @ghost_nmallow asked:

I thought the candlelight is an exclusive vip only event if you get an invite at Disneyland. How does regular day guests get to see this show.

And in response, the video creator, @perfectingthemagic, wrote:

so the VIPs get the seats, but anyone can do standby viewing if you line up early enough

Another commenter, @trishalemke, had some thoughts about Park crowding with blackout dates on the Magic Key pass:

with ALL MKs blacked out the last 2 weeks of December, it might not be that busy

And the video creator responded as well:

Additionally, others asked how early they should arrive for the Candlelight Processional, to which @perfectingthemagic responded that they usually go to the second showing and find a good spot right after the first show.

Are you going to visit the Disneyland Resort in December? Tell us what you’re looking forward to most at the Parks!