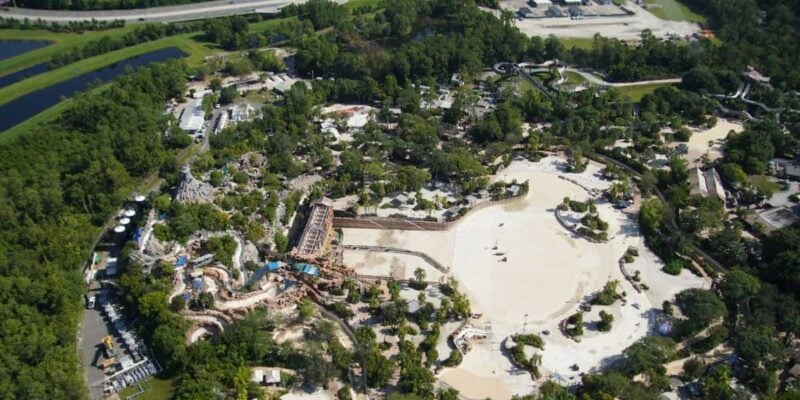 Walt Disney World Resort has so much to offer Guests.

Of course, there are the four theme parks in Magic Kingdom, Disney’s Animal Kingdom, EPCOT, and Disney’s Hollywood Studios that are the most popular offerings in “The Most Magical Place on Earth,” but there’s also much more to experience, as well.

In addition to the four theme parks where millions of Disney World Guests visit each and every year, Walt Disney World Resort is also home to two water parks in Disney’s Blizzard Beach and Disney’s Typhoon Lagoon.

Many Disney Park fans have wondered what exactly is going on at Typhoon Lagoon during its closure, and we now have some kind of an answer.

Walt Disney World Resort has filed a total of seven permits for construction on rides and areas in the Park. Rides that have seen permits filed include Crush ‘N’ Gusher, the Wave Pool, and Keelhaul Falls. Several other general permits have been filed for the water park, as well.

When Disney’s Blizzard Beach reopened, we saw a Frozen theme installed at areas in the water park. It is unclear at this time if there will be some kind of new retheme will be introduced to Typhoon Lagoon when it reopens.

At this time, rumors have it that the water park will reopen in the early portion of next year.

What do you think of the construction coming to Typhoon Lagoon? Let us know in the comments!