Disney Reopens America-Centric Attraction After Multiple Delays - Inside the Magic 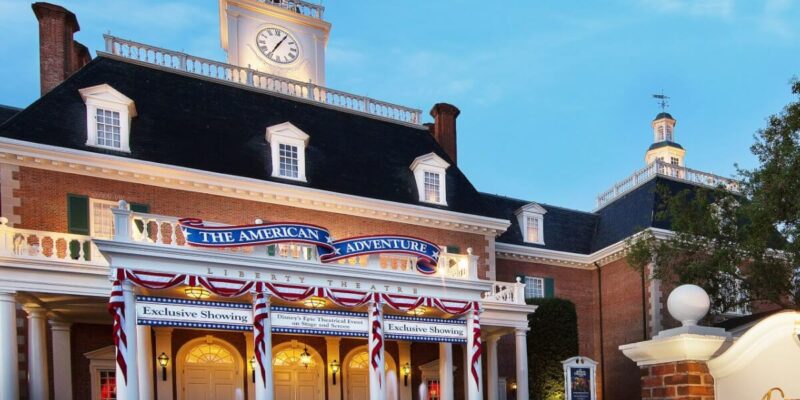 A classic piece of the Walt Disney World experience has finally returned.

Walt Disney World is filled with fun, and exciting thrill rides like Space Mountain, Expedition Everest, Star Wars: Rise of the Resistance, and Guardians of the Galaxy: Cosmic Rewind, the Resort’s newest roller coaster. But Disney is also filled with historical and educational experiences as well, and most can be found at EPCOT.

EPCOT is filled with all sorts of other exciting rides, attractions, and experiences like Soarin’, Test Track, and the brand-new roller coaster Guardians of the Galaxy: Cosmic Rewind. EPCOT also features a few other educational experiences, such as Living with the Land and the entirety of World Showcase.

By far, one of the most educational and immersive experiences has to be The American Adventure, which can be found in EPCOT’s World Showcase. This attraction takes Guests on a journey through American history, recalling the most important events.

Unfortunately, this attraction had been closed for quite some time, first going offline in September. The attraction hit delay after delay, leaving us wondering if it ever actually would reopen.

As we reported earlier, The American Adventure at Walt Disney World missed its initial reopening day. The official return was rescheduled for December 19, but Disney delayed the grand reopening even further. The attraction officially returned on December 23, 2022, after nearly four whole months of being offline.

In this dramatic production featuring 35 Audio-Animatronics figures, digital rear-projection images on a 72-foot screen, and stirring patriotic songs, you’ll watch firsthand as America’s story unfolds. Take your seat in a stately Colonial theater and meet Benjamin Franklin and Mark Twain—your guides on this trip through time.

Guests can witness landmark events like the landing of the Mayflower, the Boston Tea Party, the winter at Valley Forge, the penning of the Declaration of Independence, the Civil War, and the Great Depression.

What’s your favorite ride or attraction at EPCOT?

Comments Off on Disney Reopens America-Centric Attraction After Multiple Delays