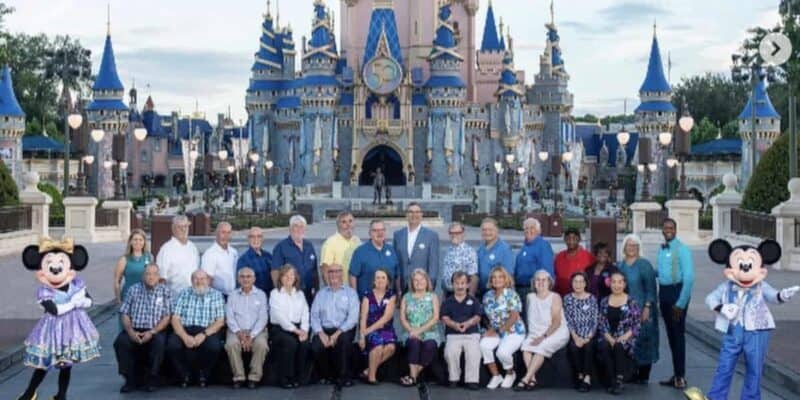 Following a mass protest outside “The Most Magical Place on Earth,” The Walt Disney Company has responded.

The union has been clear with what they are seeking: $18 an hour immediately with a path for everyone to $20 an hour. Disney is now offering Cast Members the possibility of $20 an hour but on a slower timeline.

Disney’s plan is to raise the wage by $1 every year over five years, as revealed in a new statement. You can check it out down below:

We have presented a strong and meaningful offer that far outpaces Florida minimum wage by at least $5 an hour and immediately takes starting wages for certain roles including bus drivers, housekeepers and culinary up to a minimum of $20 an hour while providing a path to $20 for all other full-time, non-tipped STCU roles during the contract term.

Cast Members have been negotiating topics including wages, healthcare costs, retirement, child bonding leave, and more for quite some time, with things coming to a head outside the property tonight.

This protest comes after Walt Disney World was unable to come to an agreement with the Cast Member a few weeks ago. Local Workers 737, which represents Orlando Hotel and Restaurant workers, including Disney Cast Members, shared an update on Facebook back in October which revealed details on the initial negotiations.

“They offered to increase most workers’ pay by only $1 per hour every year for 5 years. The Company also offered additional increases for Housekeepers, Cooks and Dishwashers,” the Union wrote. “The Company said “No” to all of the Union’s other economic proposals regarding pension, health insurance, guaranteed 40 hours, premiums and other important issues.” Ten thousand members voted to support the Union’s contract proposal, which demanded at least a $5 per hour pay increase for all workers within the next three years.