Disney Parks Celebrate ‘Avatar: The Way of Water’ With New Offerings Arriving Soon - Inside the Magic 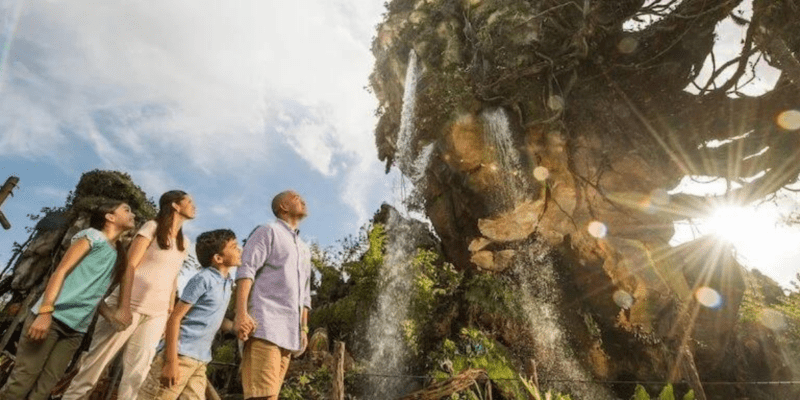 Delicious food, exotic beverages, clothes, accessories, replicas, and so many more offerings are coming to Disney Parks to celebrate Avatar: The Way of Water!

As the highly anticipated sequel to James Cameron’s Avatar (2009), Avatar: The Way of Water (2022), nears its premiere date, Disney Parks are gearing up to welcome exotic new offerings to celebrate the nearly 13-years-in-the-making debut.

Disney Parks Blog shared more details about all the exciting offerings coming to the Parks with this long-awaited premiere. Starting with a personal favorite, new mouth-watering food and beverage offerings inspired by Avatar: The Way of Water are coming to Satu’li Canteen at Pandora – The World of Avatar in Disney’s Animal Kingdom on December 16. Per Disney Parks Blog:

The Metkayina Mousse is a flourless chocolate cake with chocolate mousse, decorated with raspberry gelee, mango coulis, boba pearls and finished off with a milk and white chocolate garnish. The colorful Ocean Moon Bowl is made with tuna, blue noodles, watermelon radish, pickled daikon, rainbow carrots, avocado, cucumbers and red cabbage with a miso and sweet soy drizzle. Wash it all down with the new Ilu Splash Margarita which is a mix of kiwi Monin syrup with lime juice, sour mix, Corazon Tequila Blanco, and a floating slice of Kiwi.

For the young — and young at heart — fans of the franchise, Disney will release glow-in-the-dark replicas inspired by the Metkayina warriors in Avatar: The Way of Water and companions to join them on their outdoor adventures with the Skimwing Large Plush or the Ilu Large Plush, available now on shopDisney and Walt Disney World Resort.

If you’re more of a makeup lover, you won’t want to miss the NYX Professional Makeup Avatar: The Way of Water Set, a 100% vegan collection created with recycled packaging. Per Disney Parks Blog, “Products include the Pandoran Paradise Palette, the Color Palette, the Na’vi Paint, the Biolume Highlighter Sticks, the Bioluminescent Lip Glosses, the Paper Lipsticks, and the Metkayina Mist.” The collection features bold pigments and professional performance inspired by the hues found only in the lush jungles, vibrant forests, and colorful seas of Pandora.

Remote-controlled toys, action figures, books, LEGO sets, and more merchandise yet to be announced will help fans of the franchise bring Avatar: The Way of Water back home after an adventure-packed day at Walt Disney World’s Pandora – The World of Avatar. Be sure to keep an eye out for more Avatar: The Way of Water merchandise at Walt Disney World Resort, Disneyland Resort, and shopDisney.

Are you excited about the premiere of Avatar: The Way of Water? Will you visit Disney’s Animal Kingdom to enjoy these new offerings? Let us know in the comments below!