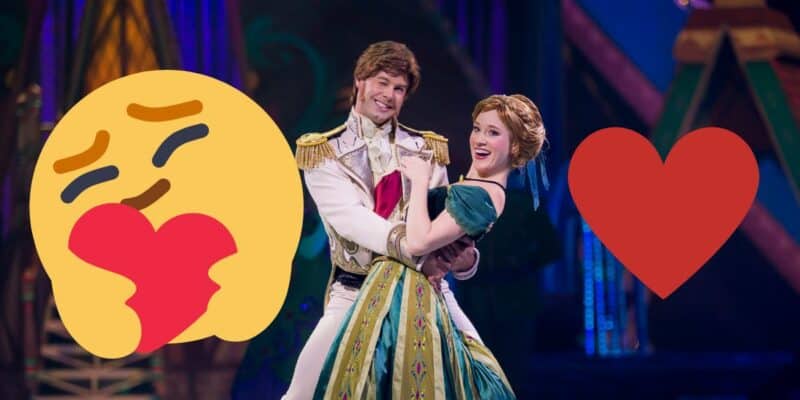 Whether it’s in their movies, TV shows, or theme parks, Disney has crafted some of the most amazing experiences anyone can have. The studio and the company might have had their ups and downs recently, but that doesn’t mean there isn’t some magic left over at the house of mouse.

There are dozens of examples of Disney getting bad press circulating social media. From being labeled as too “woke” and dissatisfied Park Guests claiming that the magic has left to Cast Members reporting the horrendous work conditions they have to deal with, it seems like Disney is on the verge of capsizing. It’s gotten to the point that there seems to be constant criticism directed at the company with each passing day. Many dedicated fans might even find themselves asking if Disney will ever be that source of joy again.

However, a recent report from Newcastle shows that the company still has that magic touch that can capture the hearts and imaginations of its audience. When the famous Disney on Ice show made its way to Newcastle’s Utilita Arena, a group of young patrons was given an enchanting opportunity.

The visitors were from North East Sight Matters, a group dedicated to the visually impaired, and they were given a special “Touch Tour” from the creative team and performers of Disney on Ice. The young Guests were given special backstage tours where they were allowed to touch props, watch behind-the-scenes practices and special effects, and even mix and mingle with some of the characters and performers. Naturally, the experience was likely one the kids will always treasure, to which Peggy Dean, director of NESM, told the publication,

“It was more exciting than Christmas morning for some of them.”

Disney might be the subject of some seriously bad publicity, but it’s accounts like the one mentioned that serve as a reminder that the company is still fully capable of supplying their audiences with magical experience that they will never forget. While the company still has some growing to do before it reclaims its stellar reputation, this is a step in the right direction.

What do you think of this special tour? Tell us in the comments below!