Disney Gets Religious, and It's Not a New Thing - Inside the Magic 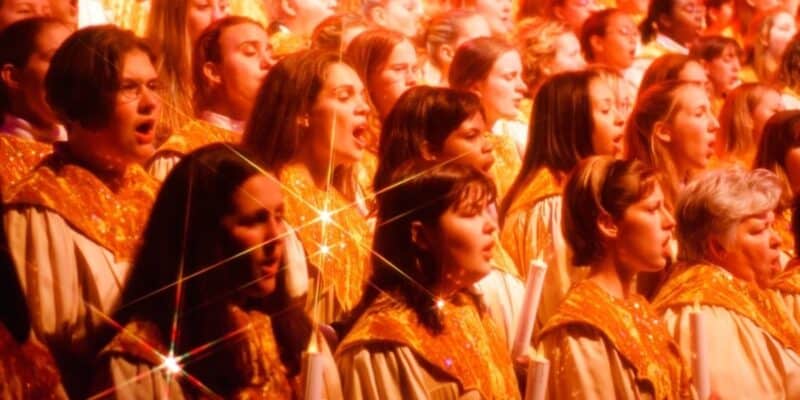 With their recent political rumblings with Governor DeSantis, the idea of Disney mixing with religious imagery and activities might sound like a death wish for the company, but the more dedicated fans have known for a long time that it’s not exactly new territory for the studio.

With the recent release of The Santa Clauses, both the series and its lead actor have been the subject of some mild controversy concerning Christian and religious imagery and comments. Tim Allen’s recent views surrounding Christmas as a religious holiday have earned a helping of backlash from certain viewers and critics, but this isn’t the first time Disney has utilized religious imagery and messages in its projects, both in and out of the theme parks.

“We don’t have to blow trumpets, but we do have to acknowledge it.”

At face value, most would agree that the previous phrase is a safe statement. It’s not abrasive and it’s something that even many hardcore conservatives could agree to. However, such sentiments are light compared to some of the projects Disney has released prior, especially around the Holiday season. In fact, one of the most popular attractions at Walt Disney World every Christmas is the Candlelight Processional, a live concert event surrounding the Christmas story and direct reading of the scriptures.

Critics and internet trolls are so quick to jump on Disney for even the faintest hint of religious or anti-religious opinions from the studio, but they’re also quick to forget that the Parks are home to one of the most blatantly religious ceremonies of the year.

A scripture reading backed up by celebrity narrators such as Angela Basset, Josh Gad, Whoopi Goldberg, and Neil Patrick Harris, and a full orchestra and choir isn’t exactly what many would call subtle. That all being said, it’s easy to see why its still regarded as one of the biggest must-do activities at the Parks during Christmastime.

Related: Your First Disney Trip Shouldn’t Be at Christmas

Christianity isn’t the only religion celebrated around this time of year, either. EPCOT also features a Hanukkah Storyteller to represent Jewish and Hebrew cultures for its International Festival of the Holidays, incorporating more inclusion into the festivities. Perhaps this means there might even be grounds for more in the future, but we’ll just have to wait and see.

How do you think Disney treats religion? Tell us in the comments below!